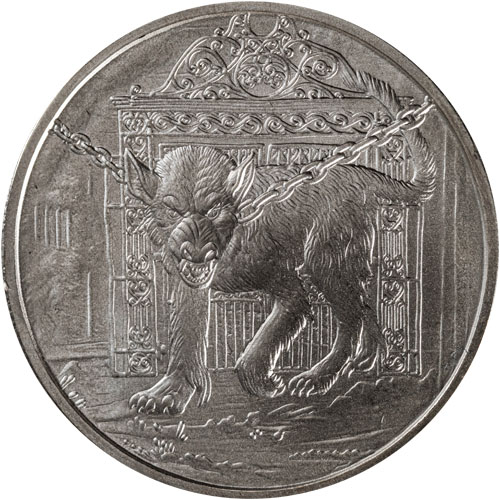 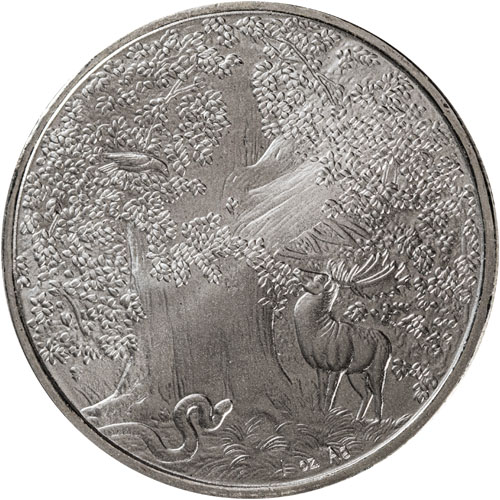 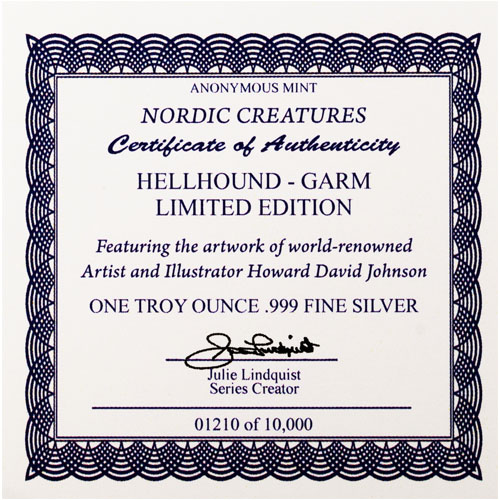 As the Nordic Creatures Series of silver and copper rounds moved along, the Anonymous Mint featured Garm the Hellhound as its penultimate release. The fourth issue in the five-round series, Garm showcases the image of the beast responsible for guarding the doors to Helheim, the realm of the dead in Norse mythology. Today, 1 oz Nordic Creatures Hellhound Silver Rounds are available to you online at JM Bullion.

Norse mythology, like the mythologies of Ancient Greece and Ancient Rome, has various gods, goddesses, realms of the world, and mythical beasts. These creatures run the gamut from destructive dragons and primitive, pesky Frost Giants to the benevolent Great Eagle and the ferocious hellhound known as Garm.

All of the 1 oz Nordic Creatures Hellhound Silver Rounds offered here at JM Bullion come with an individual plastic flip. These rounds come with a Certificate of Authenticity that includes the serial number assigned to each of the rounds in the series.

On the obverse of Nordic Creatures Hellhound Silver Rounds, you will find a depiction of Garm. Known as the Hellhound, Garm is tasked with guarding the gates to the realm of the dead. Helheim, as this realm is known, is where the Goddess of Death, Hel, rules over the land. Her mansion is surrounded by massive walls with large gates. As if these elements were enough of a deterrent, Garm patrols the gates and is chained up. The question is, do you trust those chains to hold back this massive beast should you approach the gates?

The reverse side of 1 oz Hellhound Silver Rounds comes with the image of Yggdrasil. Formally known as The World Tree, this is the center of daily activity for the gods and goddesses of Norse mythology. It is here that they gather in the morning to discuss that which is just and that which is unjust in the world. When these meetings have concluded, the deities depart the World Tree and cross the rainbow bridge back to the world of the gods, Asgard.

Please contact JM Bullion if you have questions when you buy silver. You can reach us at 800-276-6508, online using our live chat, and via our email address.