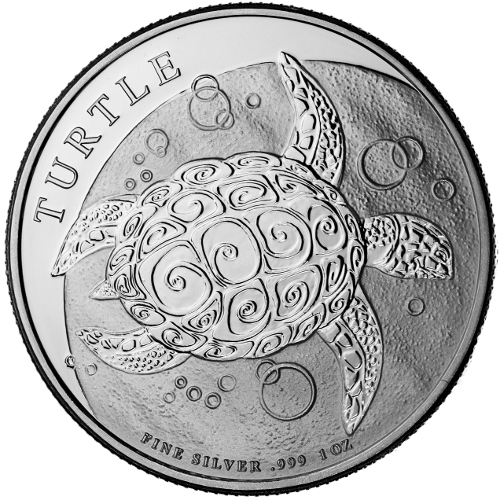 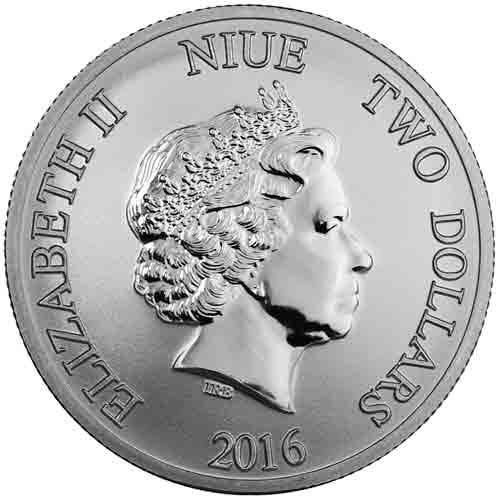 The most popular bullion coin program from the New Zealand Mint is the Silver Hawksbill, or Taku, coin. Struck on an annual basis since 2010, the Hawksbill coin is a bullion product produced for the island nation of Niue. It has become the most popular coin from the mint, and is gaining notoriety in the global marketplace. Today, the 1 oz New Zealand Silver $2 Niue Hawksbill Turtle Coin is available to you online from JM Bullion.

Since 2014, the Hawksbill Turtle has been released annually for the nation of Niue. The reason behind the change was linked to a political row between the United Kingdom, New Zealand, and Fiji. The Fijian islands had suggested a move away from its British connections, and the coin was shifted to Niue, which is a self-governing region of New Zealand, which is part of the commonwealth of the United Kingdom.

Originally, the Niue Silver Hawksbill Turtle Coins were first introduced by the New Zealand Mint in 2010 as the Fiji Silver Taku. The coin design on the reverse was the same as it is today, featuring the image of the Hawksbill turtle which is native to the waters of the South Pacific. The difference in naming (Taku vs Niue Hawksbill) was a result of the use of Fijian language, in which Taku is the name used to refer to the hawksbill.

With your purchase of a 1 oz New Zealand Silver $2 Niue Hawksbill Turtle Coin today you’ll receive individual 1 oz coins in this series dated from 2010 up to the most recent, 2017, issue. These coins will arrive in random conditions, determined only by the availability of these silver coins in our warehouse. We cannot guarantee the condition or year of issue for any coin.

On the obverse face is the image of a Hawksbill turtle as it swims through the warm waters of the South Pacific. A small sliver of the coin’s left side has a mirror-like finish with the word “Turtle” engraved within it, while the majority of the obverse has a frosted finish to differentiate the water from the turtle.

The reverse face bears Ian Rank-Broadley’s image of Queen Elizabeth II. His right-profile portrait of Her Majesty was created in 1998, and the design includes engravings of Her Majesty’s name, the nation of issue, face value, and year of issue.

Please feel free to contact JM Bullion with any questions. You can reach us on the phone at 800-276-6508, online using our live chat, and via our email address. Don’t forget to visit our homepage to view today’s silver price.