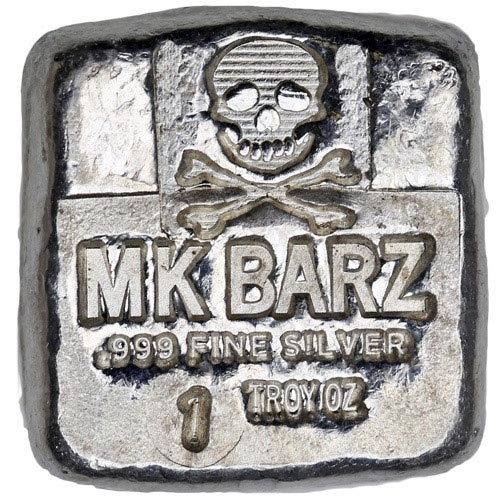 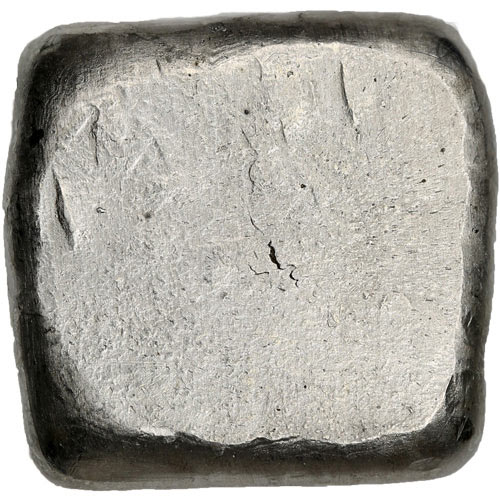 Most people think of the Caribbean when they think of buccaneering pirates, but in reality pirates have been a plague upon civilization for more than 500 years. The threat continues to this day in certain corners of the world. Right now the 1 oz MK Barz Hand Poured Pirate Silver Square is available online from JM Bullion with a beautiful new design.

Jolly Roger is a term that has a generic history predating the existence of piracy in the Caribbean, where it came to have a different meaning. Prior to the 18th century, Jolly Roger was a generic term used to define an individual who was jovial and carefree. The first link to piracy came in 1703 when the pirate John Quelch reportedly flew the Old Roger flag over his ship off the coast of Brazil. Old Roger was a nickname used in that day for the devil.

In terms of pirate flags, Jolly Roger came into play when Charles Johnson published A General History of the Pyrates in Britain in 1724. Johnson cited two famous pirates of the day as using the name Jolly Roger in reference to their flag: Bartholomew Roberts in 1721 and Francis Spriggs in 1723.

Today, the all-new 1 oz MK Barz Hand Poure Pirate Silver Square features a Jolly Roger design on the obverse side of the square in reference to those carefree, dangerous pirates who swarmed the Caribbean and other waters of the world at the height of piracys golden ages in the 18th century.

A hand-poured silver round or other product, on the other hand, is produced in the most traditional of manners. The molten silver is poured by hand into pre-made casts and allowed to cool in place, taking the shape of the cast around it.

On the obverse of these 1 oz MK Barz silver squares youll find the image of the Jolly Roger. Often depicted as just a white skull and crossbones against a background field of black, the Jolly Roger sometimes featured a tri-corner hat on the skulls head with an eye patch over one of the eyes.

MK Barz is a family-owned and operated mint specializing in the production of hand-poured silver bullion and American coins exclusively minted in the United States. The company was founded in Los Angeles, California in 2014.

If you have any questions, please contact JM Bullion at 800-276-6508. You can also reach out to us online through our live web chat and email features.