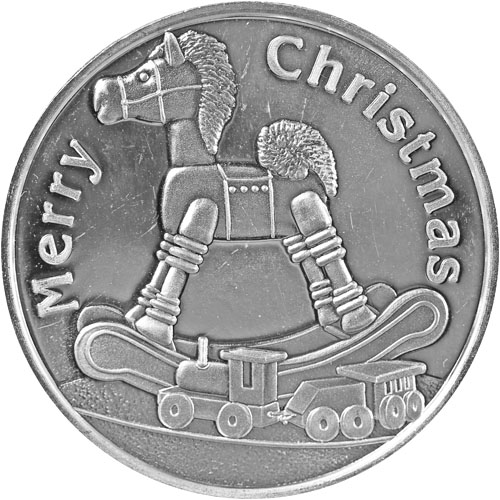 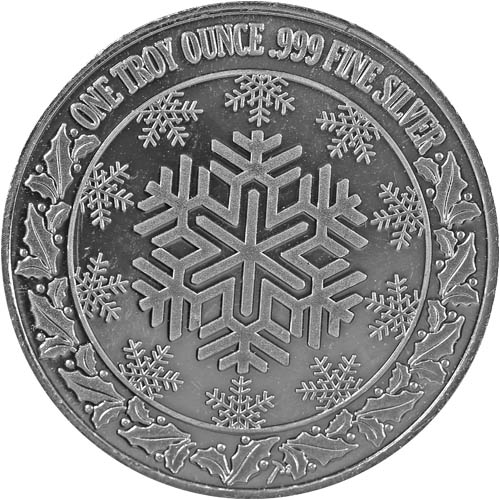 One of the staples of gift-giving at Christmas over the centuries has been the rocking horse. A simple toy that has its roots in the Middle Ages, rocking horses are fixture of artwork and symbolism depicting the gifts Santa delivers to boys and girls around the world. Now, 1 oz Merry Christmas Rocking Horse Silver Rounds are available to you for purchase online at JM Bullion.

The rocking horse is a common child’s toy that was typically depicted in Christmas-themed artwork. Over the centuries, simpler toys such as this were made by Santa and his elves in his workshop at the North Pole for delivery to households around the world. While the first rocking horse as a toy did not appear until the 17th century, it has roots that go back even further than that.

On the obverse of 1 oz Merry Christmas Rocking Horse Silver Rounds is a depiction of a small, wooden rocking horse. This rocking horse is carved from wood and fixed to two rocking skids at the base. There are fluffs of fabric to create the mane and tail of the horse. At the base of the rocking horse, you’ll find another popular Christmas toy, a small train.

The reverse side of Merry Christmas Rocking Horse Silver Rounds comes with a common design element. The design includes a large snowflake at the center of the field with several snowflakes falling through the background field.

SilverTowne is a private US mint located in the state of Indiana. Founded in Winchester, Indiana, in 1949, SilverTowne was a small coin shop at first and has grown into a major private minting facility.

JM Bullion customer service is available at 800-276-6508. Alternatively, you can chat with us online or email us directly.