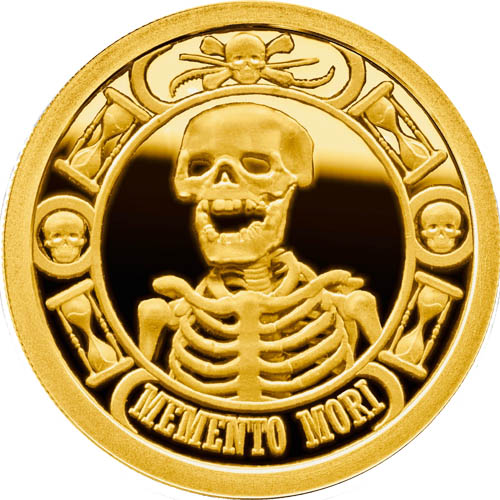 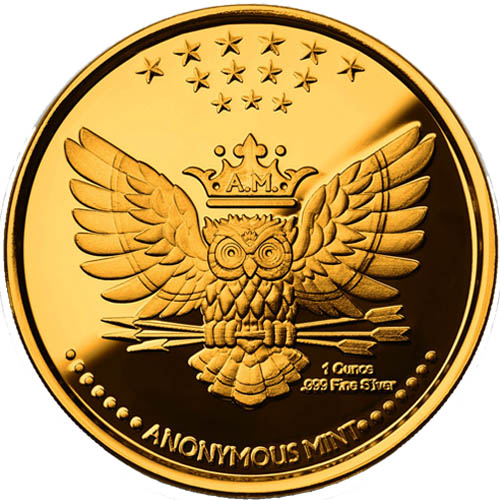 The phrase memento mori dates back to classical antiquity and is meant as a reminder of ones mortality. It was rumored that a Roman generals slave once whispered the phrase in his ear while the general received the praise of a grateful people in Rome upon returning from victory at war. Right now, 1 oz Memento Mori Silver Rounds are available to purchase online from JM Bullion.

Each 1 oz Memento Mori Silver Round listed here is available to purchase online at JM Bullion with individual packaging. Each one of the rounds comes in an individual plastic capsule. The proof-like visuals lend a sense of frosting on the design element and mirror-like visuals to the background field. These versions of the Anonymous Mint Memento Mori round design come with an impressive 24-karat gold plating throughout the entire obverse and reverse design field.

Death is an inevitability for us all in life, but at times, there are those who can forget that death will come for them as well. That Roman general exuded great hubris following both his victory at war and the massive response he got from the people of Rome when he was welcomed back with a victory parade. His slaves comment in his ear, memento mori, translates from the ancient Latin to English as either remember death or remember that you die.

The obverse side of 1 oz Memento Mori Silver Rounds comes with a depiction of a skeleton, a clear and well-known symbol of death. Around the design element, there are three additional skull designs, including one that has crossbones behind it. There are also four hourglasses that represent the passing of the sands of time, the reality that we all live on a clock and that our time will come.

On the reverse field of Memento Mori Silver Rounds is an image of the logo for the Anonymous Mint. The mint logo replicates a unique version of the heraldic eagle of the United States. The front-facing owl is depicted with a crown above its head bearing the initials of the Anonymous Mint. The owl is clutching three arrows in its talons with a cluster of 13 stars over its head arranged in lines of six, four, and three stars.

If you have any questions for our customer service team, JM Bullion is available to assist you. Our team is available on the phone at 800-276-6508, online through our live chat, and using our email address.