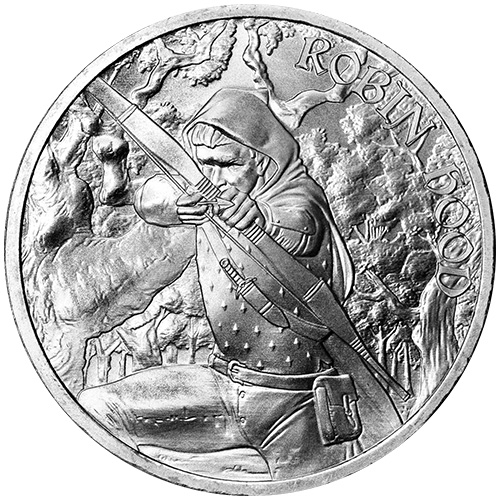 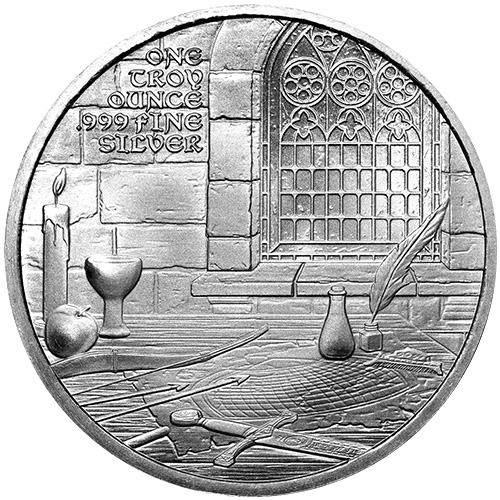 In an exciting new series of silver rounds available at JM Bullion, the characters of the Medieval period in Europe are coming alive in brand-new designs never featured in the precious metals industry. Launching the series in 2021 is England’s most famous mythical hero and arguably one of the best-known figures in folklore, Robin Hood. Right now, 1 oz Medieval Legends Robin Hood Silver Rounds are available to purchase online from JM Bullion.

Each of the new 1 oz Medieval Legends Robin Hood Silver Rounds comes to you in brand-new condition with individual packaging or multiples packaging. Individual rounds will ship inside of protective plastic flips. For multiples of 20 rounds, you receive a plastic tube. Multiples of 500 are offered in boxes with 25 tubes inside.

Robin Hood is one of English folklore’s oldest tales. On the surface, the tale speaks of a man disillusioned by the greed of the wealthy and powerful. He hopes to level the playing field for the subjects of the Kingdom of England by stealing from the rich to ensure the most vulnerable are taken care of.

Stories of Robin Hood began to spread in the Late Middle Ages in England, with the earliest ballads telling his tale dating to the 15th century. Countless retellings of his tale over the centuries, not to mention literary adaptations and 20th-century feature film adaptations have muddled the background of his tale.

On the obverse of 1 oz Medieval Legends Robin Hood Silver Rounds, you will find an effigy of Robin Hood with his hooded cape up over his head as he draws back his arrow. You are getting a view that puts you face-to-face with the point of his arrow as he draws it back in the bow and prepares to release.

One of the common versions of the Robin Hood tale states that he fought in the Third Crusades with King Richard I of England in the 1190s. He returned to England ahead of Richard I, only to find his own lands taken by the Sheriff of Nottingham, the people besieged by unfair taxes, and Prince John, the brother of King Richard I, attempting to usurp his crown. This is just one variation of his story, albeit a very popular one.

The common reverse side of the Medieval Legends Robin Hood Silver Round comes with a table setting inside a stone castle. There is a stained-glass window in the background with the iconic relics of the six legendary figures in this series. This includes Robin Hood’s famous bow resting on the table.