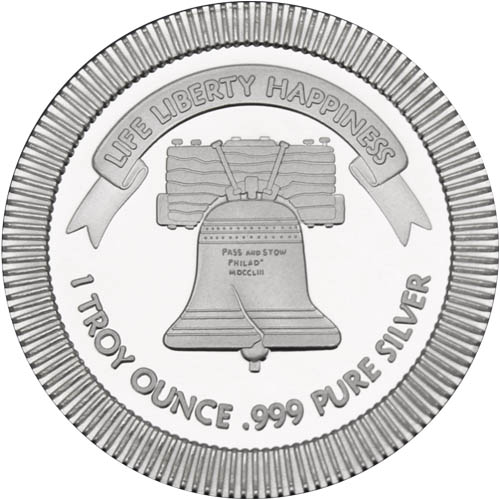 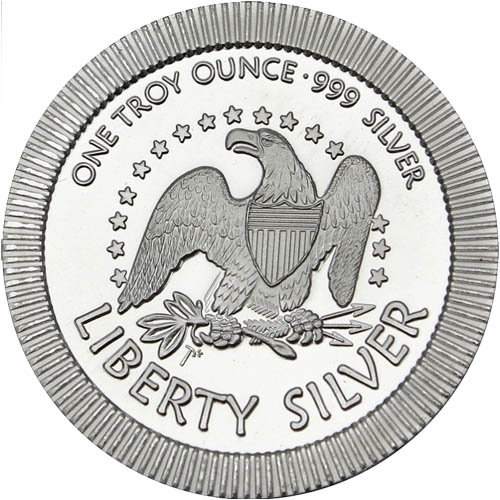 As low as $4.89 per oz over spot!
Add to WishlistLog In to add this product to your Wishlist
Free Shipping on $199+ Orders

One of the most iconic symbols of American freedom and independence is the Liberty Bell. Located in Philadelphia, Pennsylvania, the bell is currently housed in the Liberty Bell Center in Independence National Historical Park and remains a symbol of the nation in the modern era. Today, the 1 oz Liberty Bell Stackable Silver Round is available to purchase from JM Bullion.

The Liberty Bell, a symbol of America, was actually commissioned by the British in 1752. In a biblical references to the Book of Leviticus, the bell was commissioned to feature lettering that read Proclaim LIBERTY throughout all the land unto all the inhabitants thereof. When the bell first arrived in Philadelphia and was run for the very first time, it suffered a crack.

Twice, the Liberty Bell was recast in Philadelphia by local workmen John Pass and John Stow, whose last names still appear on the bell today. The Liberty Bell was originally used to summon lawmakers to legislative sessions in the city and alert citizens to meetings and proclamations.

Each 1 oz Liberty Bell Silver Round available here today is a stackable product from SilverTowne. The rounds have alternating raised and lowered ridges along the outer rim which makes it possible to stack your Liberty Bell Stackable Silver Rounds with ease, ensuring a safe and secure stack.

On the obverse of the 1 oz Liberty Bell Stackable Silver Round is the image of the Liberty Bell itself, which is rumored to have been rung when the Second Continental Congress announced a vote for American independence on July 4, 1776. In reality, the bell was likely rung to celebrate the call for independence on July 8, 1776 along with many other bells throughout the colonies to announce the American movement for independence.

All 1 oz Liberty Bell Stackable Silver Rounds are a product of SilverTowne. A private minting facility located in Indiana, it is one of the largest and most well respected private facilities in the United States. The mint originally started business in 1949 as a coin dealer with a small location.

Please dont hesitate to reach out to JM Bullion if you have any questions. You can contact our customer service team on the phone at 800-276-6508, connect with us online through our live web chat, or send us an email with your inquiries.

Taylor from CA - September 29, 2018
"Process and shipping was flawless, even comes with a JM Bullion sleeve for the round. Stunning, designs very detailed and the entire round is just beautiful. I bought 5, not one was scratched. Perfect!"

Michael from MA - December 26, 2016
"Very quick turn around from order to delivery. 4 days total and that's paying with e-check. The rounds look real sharp, very brilliant looking. Understandable why these went so quick. I hope to order more. Michael."