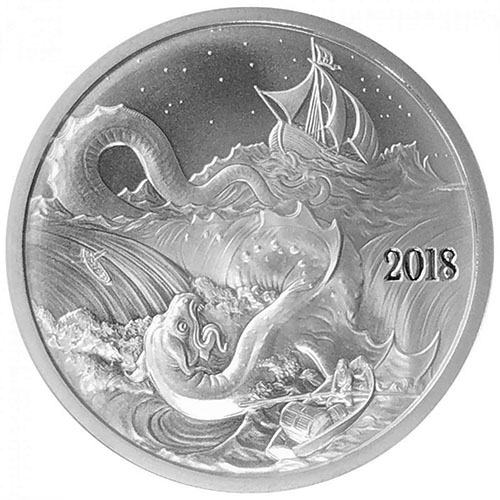 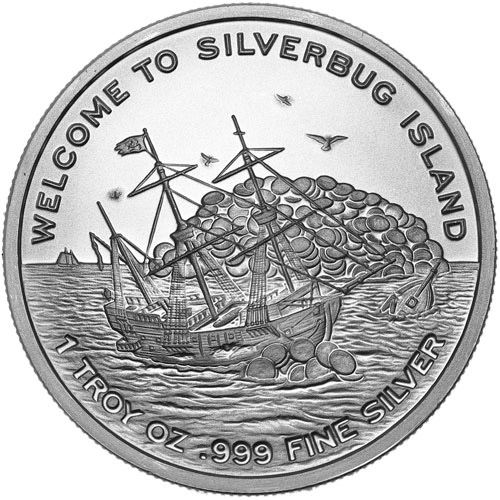 The Finding Silverbug Island Round Series is an eight-round release from North American Mint in honor of the Silverbug community on Reddit. The famed silver enthusiasts share their thoughts on silver designs and coins, and now have two major round programs honoring their devotion to the beautiful metal. The 1 oz Leviathan Finding Silverbug Island Silver Round is now available to you for purchase online from JM Bullion.

For those numismatists buying silver online, the Finding Silverbug Island collection is typically available for collectors with its proof and antique versions. In this issue though, the third option is the BU version that is eligible for use in Precious Metal IRAs. The proof version has a mirrored finish, while the antique polish helps enhance the visual beauty of the design elements.

The Finding Silverbug Island series features a common reverse design used in concert with various, different obverse designs. Many of the past releases have featured on mythical beasts of the seas. Examples of this include the second and third issues. These rounds featured images of, respectively, the kraken and a mermaid.

In this fifth release, the biblical beast known as the leviathan features on the obverse side of all silver rounds. The leviathan is mentioned in six books of the Hebrew Bible. A female sea monster that took the shape of a massive, dragon-like serpent, the leviathan was a servent of the sea god Yammu and was defeated by Hadad according to the Book of Job.

On the obverse of all 1 oz Leviathan Finding Silverbug Island Silver Rounds youll find the massive serpent as it slinks through the waters to attack a group of mariners. The image of the leviathan and the seas is based upon Gustave Dores 1865 artwork known as The Destruction of Leviathan. Different to this design is the addition of a small rowboat trying to get away from the monster.

The reverse of the Leviathan Finding Silverbug Island Silver Rounds features the design of the island. Silverbug Island emerges out of the waters with a collection of silver rounds. Engravings include the name of the series, and the rounds metal content, weight, and purity.

Leviathan Silver Rounds in this collection are in BU condition. Rounds in BU condition show no indications of wear and tear from handling, but could feature minor flaws ranging from breaks in the luster and spotted surfaces to contact marks.

We encourage all JM Bullion customers to contact us with questions at 800-276-6508. You can also connect with us online through our live chat and email address.