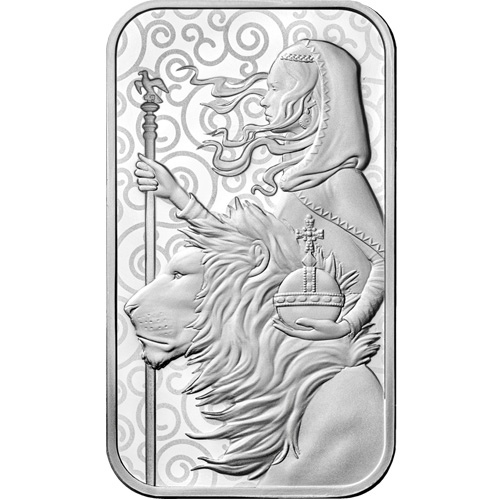 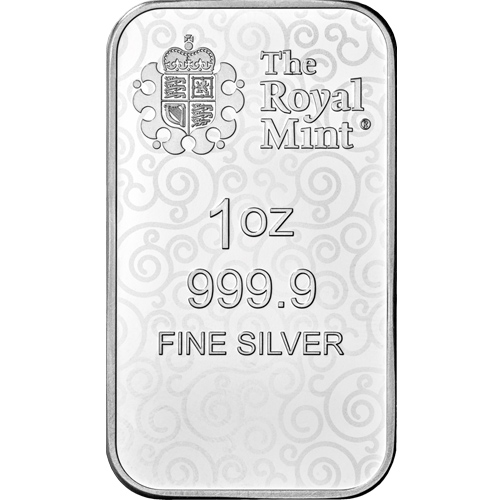 The Royal Mint has recently unveiled a new bullion collection known as The Great Engravers. The series, which launched on gold and silver bullion coins, celebrates some of the most iconic works of art to grace British coinage in the 1,100-year history of the Royal Mint. Each work of art comes from a past Royal Mint Engraver. First up in the series, and now first to feature on silver bars for sale, is the Una and the Lion design from William Wyon. Today, 1 oz Great Britain The Great Engravers Collection Una and the Lion Silver Bars are available to you online at Silver.com.

The Una and the Lion design theme is one of the most significant from the reign of Queen Victoria in the 19th century. This era of British history became remembered as the Victorian Era, a time of great societal and cultural change spurred on by the kingdom’s monarch. During much of Victoria’s early reign, William Wyon was the Chief Engraver of the Royal Mint of England. He created the so-called Young Head bust of Queen Victoria used at the beginning of her reign on British coinage, and later the Una and the Lion design that was struck through the 1880s.

All of the 1 oz Great Britain The Great Engravers Collection Una and the Lion Silver Bars are available to you for purchase brand new from the mint. The bars are packaged inside individual plastic flips for shipping.

The obverse of 1 oz The Great Engravers Collection Una and the Lion Silver Bars features a modernized version of the Una and the Lion design from Queen Victoria’s reign. The original design depicted the full-length figure of Queen Victoria as the fictitious princess known as Una. She was shown walking alongside a powerful lion. In this modern twist created by Jody Clark for the Royal Mint of England, Una and the Lion are featured in left-profile relief with Her Majesty, Queen Victoria holding the monarch’s scepter and globe as the magnificent lion is seated at her left side.

On the reverse field of 1 oz Great Britain Una and the Lion Silver Bars is the Royal Mint seal. This logo is accompanied by inscriptions that identify the weight, purity, and metal content of the silver bars.

With roots that trace back to the founding of the London Mint in 886, the Royal Mint of England has been in operation for more than 1,100 years. One of the world’s oldest operating mint systems, the Royal Mint has a long track record in creating beautiful coin designs that stretches across hundreds of years of human history.

Please contact JM Bullion customer service with any questions. Our team can assist you at 800-276-6508, online using our live chat, and via our email address.