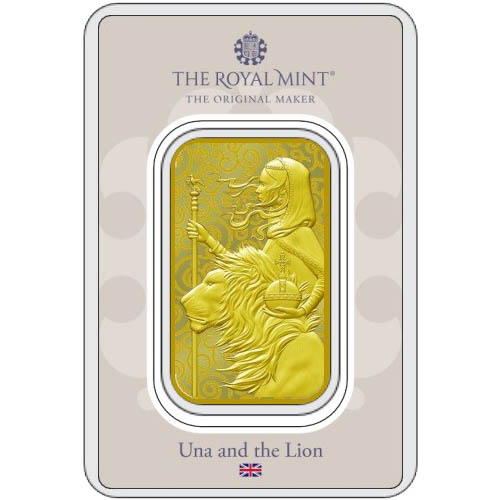 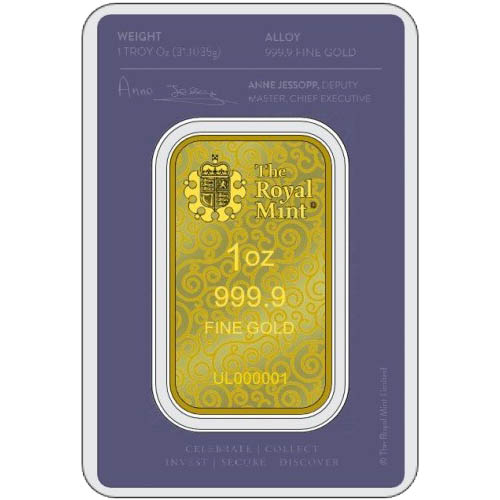 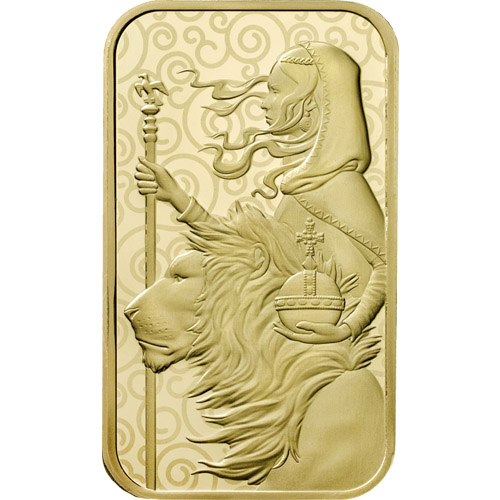 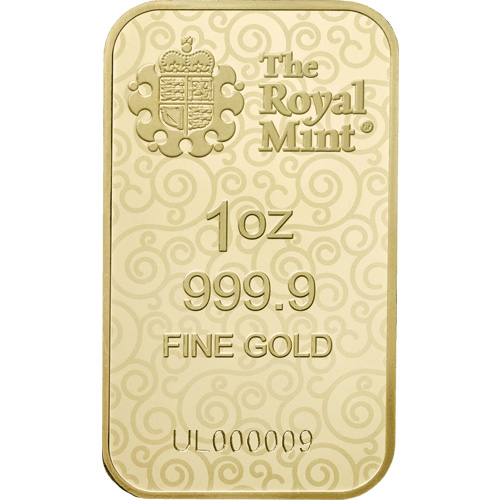 Each 1 oz Great Britain The Great Engravers Collection Una and the Lion Gold Bar marks the first release of a gold bar in this coveted new series at the Royal Mint of England. The bars are individually sealed inside of blisterpacks that include assay information on the reverse, light-blue side of the card inside the package. You will also find that each bar is individually serialized by the mint with a serial number code that cleverly starts with “UL” and is followed by six digits.

On the obverse of 1 oz The Great Engravers Collection Una and the Lion Gold Bars is Mr. Clark’s modern interpretation of the Una and the Lion image. Her Majesty is shown in left-profile relief holding a large scepter in her right hand as her left hand clutches the monarch’s globe. A powerful, subservient lion sits at her side as the pair looks forward into the future.

The reverse field of The Great Engravers Collection Un and the Lion Gold Bars comes with the Royal Mint of England seal at the top of the bar. The weight, purity, and metal content of the bar feature on this field, along with the individual serial number.

If you have any questions, please don’t hesitate to ask. You can call JM Bullion at 800-276-6508, chat with us live online, or simply send us an email.

Thomas from - May 30, 2021
"Beautiful bar. Pictures cant really do it justice. When you hold it and see how the light glistens and highlights the details in this bar; you truly feel like you have purchased a work of art. A nice addition to any collection of precious metals. "

John from - May 17, 2021
"One of the nicest bars ever made, just like the original coin in 1839, which was/is considered the best engraving ever of a British coin."