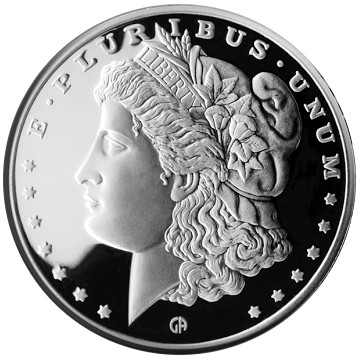 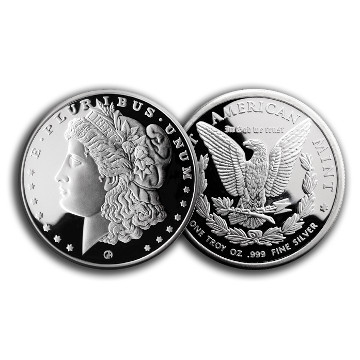 One of the most iconic coin designs of all time is that of Lady Liberty as developed by George T. Morgan. Originally featured on the Morgan Silver Dollar, produced between 1878 and 1904 (and again in 1921), his depiction of Lady Liberty lives on today on various silver rounds. You can now purchase a 1 oz Great American Mint Morgan Silver Round from JM Bullion.

The original Morgan Silver Dollar was introduced in 1878, ending a five-year hiatus in the American silver dollar program. The US Mint recruited Morgan, a British designer and engraver, on the advice of the Royal Mint of Londons director. Morgan chose Anna Willess Williams as the model upon whom he would create his depiction of Lady Liberty. It took five creative sessions with Williams before Morgan had the finished product.

Silver rounds differ from silver coins in one critical area: face value. While the Morgan Silver Dollar was an official currency coin, silver rounds have no face value and are not accepted as currency in the United States. As such, private mints generally handle the production of 1 oz. Morgan Silver Rounds. This particular round was struck by the Great American Mint.

The reverse side of the coin depicts the seal of the United States, which includes a bald eagle clutching arrows in one talon and an olive branch in the other. Engravings on this side differ from the official coin. Rather than United States of America, the word Silver is engraved above the eagles head, while In God We Trust is inscribed between its outstretched wings.

If you have any questions with regards to our 1 oz GAM Morgan Silver Rounds please call us at 800-276-6508. Our helpful customer support staff can also be reached via live chat and email for added convenience. Be sure to also view our full range of 1 oz Silver Rounds for more designs.

Neil from GA - February 16, 2015
"Absolutely beautiful round, looks very much like the classic silver dollar that its design represents. I was getting overloaded with the buffalo rounds (still love them) and couldn't get the Mercury "dime" design 1 ounce rounds so I started buying these. Really though I haven't had any disappointment from anything I've bought from JM; great service and great products!"