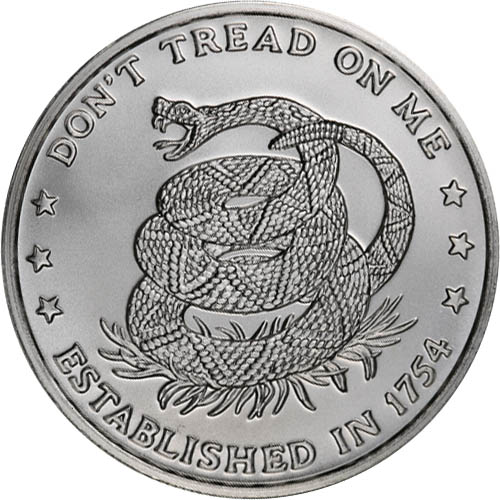 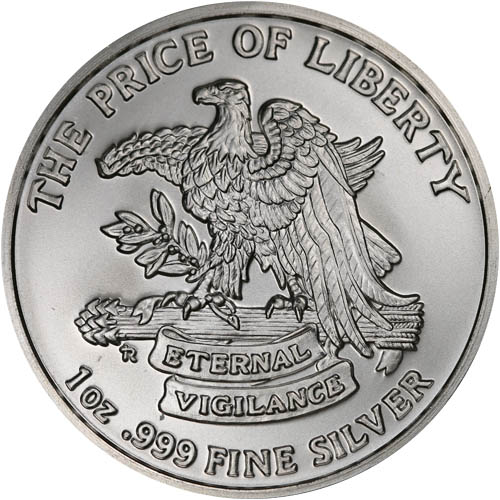 Historic quotes are hard to accurately attribute to figures from the past. President Thomas Jefferson is often given credit for the quotation eternal vigilance is the price of liberty. Whether he said it or not, this alleged Jefferson quote rings true to early Americans who understood the need to remain on guard as the young nation got on its feet. Now, 1 oz Dont Tread On Me Eternal Vigilance Silver Rounds are available to purchase online from JM Bullion.

Dont Tread on Me was a popular phrase during the late colonial era in North America. As the American colonists became more enraged by their treatment at the hands of the ruling British, a sense of independence began to grow. As the calls for independent governance and a free nation in the British Colonies grew, Dont Tread on Me became a rallying cry.

While the phrase Dont Tread on Me became popular in the 1770s and 1780s as the American colonies fought for independence from Great Britain, the coiled snake that is often featured alongside the phrase actually arose in the colonies during the French and Indian War of the 1750s. Benjamin Franklin created the coiled snake design for a political cartoon in which it appeared alongside the phrase Join or Die, encouraging American colonies to join together with the British in the French and Indian War.

On the obverse of the 1 oz Dont Tread On Me Eternal Vigilance Silver Round is the image of the coiled snake that Franklin designed. The snake was eventually used on the Gadsden flag of the South Carolina militia that fought against the British during the American Revolution. Inscriptions on this side include Dont Tread On Me and Established 1754, the year in which Franklins cartoon appeared.

The reverse of Dont Tread on Me Eternal Vigilance Silver Rounds includes the image of American bald eagle resting on a sheaf of arrows with an olive branch in one talon. It includes portions of the popular quote with The Price of Liberty above and Eternal Vigilance below the eagle. Thomas D. Rogers, a former US Mint artist and engraver, created this design for this silver round.

These 1 oz Dont Tread On Me Eternal Vigilance Silver Rounds are available to purchase today in brand-new condition. The rounds will ship in either protective flips, tubes of 20, or boxes of 500.

We encourage JM Bullion customers to call us at 800-276-6508 with questions. You can also connect with us online through our live chat and email address.