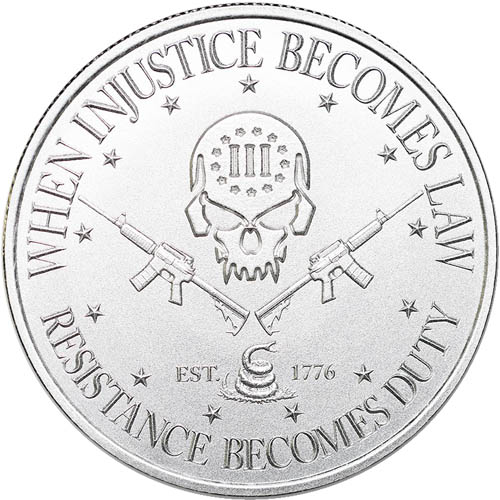 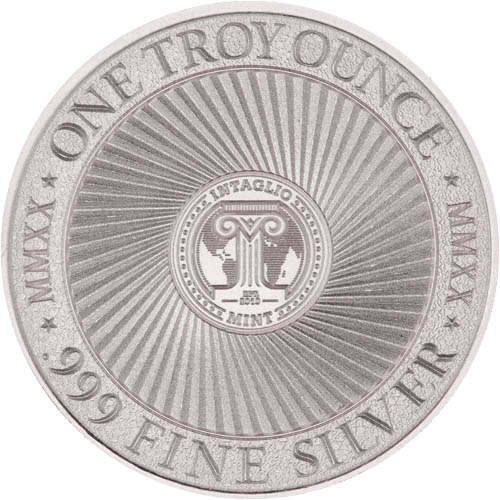 The Deuce Four Skull is one of the most distinctive unit insignias in military history. Its use in the United States Armed Forces has become increasingly popular in recent years, with the famous skull most notably attached to the US Navy Seals and the 24th Regiment of the United States Army. Take a closer look at history though, and you’ll find the history of similar skull designs dating to the Continental Army and the Revolutionary War. Right now, 1 oz Deuce Four Skull Silver Round Type IIs are available to purchase online from JM Bullion.

Each 1 oz Deuce Four Skull Silver Round in this product listing is available to you with a reeded edge and comes in Brilliant Uncirculated condition from the mint. The rounds will arrive individually inside of plastic flips or inside of tubes of up to 20 rounds. These rounds feature the second design in the broader Deuce Four collection from the Intaglio Mint.

During the American Revolution, units of the Continental Army would occasionally use the skull is military unit insignia. Though not authorized by superiors of the army at large, the designs were nonetheless accepted in an effort to boost morale and foster a sense of cohesiveness in the units. Today, the skull is still an important, if not an unofficial symbol of major US Military units.

The obverse face of the 1 oz Deuce Four Skull Silver Round includes the image of the popular skull at the center of the design element. The broader design concept harkens to the colonial era in North America when the colonies that would become the United States began to fight for freedom from the United Kingdom.

In this design, the skull is featured with two M-16 assault rifles below and the popular snake from the Gadsden flag below that. An inscription of “Est. 1776” denotes the founding of the United States when it declared independence from Britain. An inscription around the outer rim points to the attitude of the day: “When Injustice Becomes Law, Resistance Becomes Duty.”