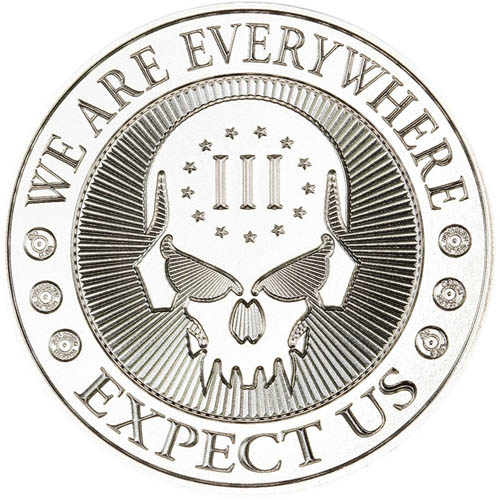 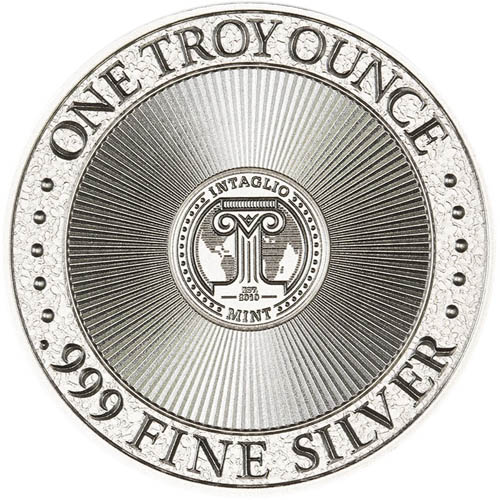 Fans of Marvel Comics and US Military design themes will find common ground with a new silver round release from Intaglio Mint. The well-known, though historically murky, Deuce Four Skull is the focus of a new collection from Intaglio Mint that launches with a Type 1 design honoring the soldiers of the US Revolutionary War. Right now, 1 oz Deuce Four Skull Silver Rounds are available to purchase online from JM Bullion.

Each of the 1 oz Deuce Four Skull Silver Rounds in this collection comes to you in brand-new condition from the mint of production. The rounds are housed individually inside of protective plastic flips or in bulk options that consist of tubes containing a total of 20 rounds. These silver rounds are available in Brilliant Uncirculated condition.

The origins of the Deuce Four Skull are not well-known beyond its use in association with the Marvel Comics character, The Punisher. The character behind the Punisher is a Force Recon Marine veteran of the Vietnam War and first appeared in Marvel Comics in 1974. However, the use of Deuce Four in the name also refers to the US Army’s 24th Infantry Regiment that was active from 1869 to 1951, and was stood-up again in 1995 with its members eventually serving in Afghanistan and Iraq.

On the obverse side of each 1 oz Deuce Four Skull Silver Round is the image of the famed Deuce Four Skull. The skull itself has a Roman numeral “III” on the center, a reference to the historical belief that the American Colonies defeated the British Army during the Revolutionary War with only three percent of the population actively engaging in the fight. A circle of 13 stars surrounds the Roman numeral on the skull.

The outer design rim of the obverse face of the round includes six bullet points, three on either side of the skull. There is also an inscription of the phrase “We Are Everywhere, Expect Us.” This is split across the top rocker of the design field and the bottom rocker.

For the reverse design field, Intaglio Mint’s Romanesque column in the shape of an “I” is in the center. It is surrounded by a radial sunburst background design with an outer border design that boasts a stippled finish.

If you have any questions, please feel free to contact JM Bullion. You can contact us at 800-276-6508, chat with us live online, and email us directly.