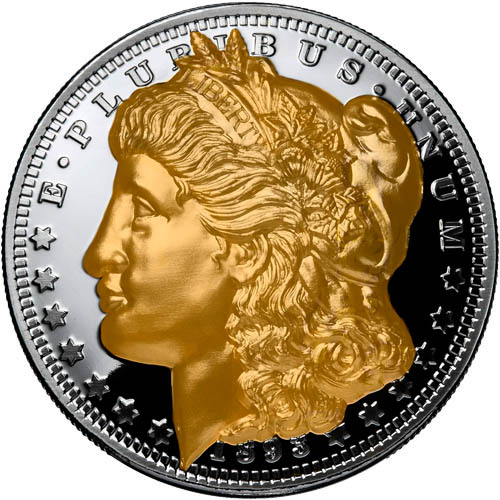 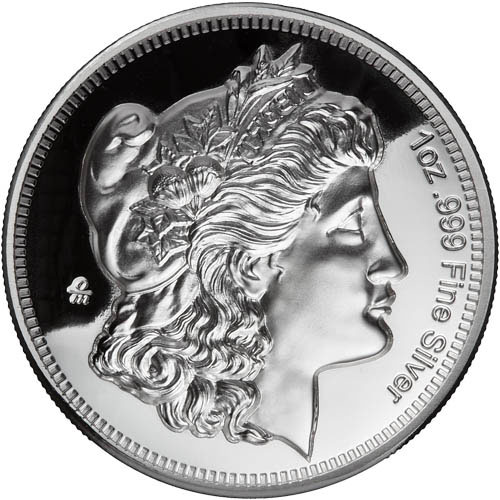 American Legacy Collection silver rounds are produced by the Osborne Mint. The four designs in the collection are struck onto domed silver rounds for greater visual depth and appeal, with each one offered in proof, antique, and colorized versions. Right now, 1 oz Colorized Domed American Legacy Morgan Dollar Rounds are available to purchase online from JM Bullion.

Each of the 1 oz Colorized Domed American Legacy Morgan Dollar Rounds available to you in this JM Bullion listing comes with a protective capsule. The plastic capsules in this series are custom-fitted to the domed silver rounds. Each round has its own serial number etched on the edge and features a matching, numbered Certificate of Authenticity.

The Colorized Domed American Legacy Morgan Dollar Round boasts the lowest mintage in the series and has a distinctive visual finish. A layer of gold colorization is featured on the obverse design element helping to create extra visual contrast between the design and its background fields.

The obverse side of these 1 oz Colorized Domed American Legacy Morgan Dollar Rounds has impressive high relief for the Lady Liberty portrait. The height of the dome combined with the strength of the strike creates impressive visual depth. Liberty is featured in left-profile relief along with inscriptions of E Pluribus Unum, 1893, and 13 stars. The layer of gold colorization is applied to Liberty on this face.

On the reverse of 1 oz Colorized Domed American Legacy Morgan Dollar Rounds, the Osborne Mint uses the same Liberty portrait from George T. Morgan. This field is not domed and the design of Liberty is in right-profile relief here. Inscriptions on this face include 1 oz .999 Fine Silver and OM for the Osborne Mint.

Located in Cincinnati, Ohio, the Osborne Mint is the oldest operating private mint in the United States. It can trace its roots back to 1835 and has been in continuous operation since that time. American Legacy Collection silver rounds from the mint include the Buffalo Nickel, Lincoln Penny, and Kennedy Half Dollar alongside the Morgan Silver Dollar design in this listing.

If you have any questions, please dont hesitate to ask JM Bullion. Our customer service team is available to you at 800-276-6508, online through our live chat, and via our email address.