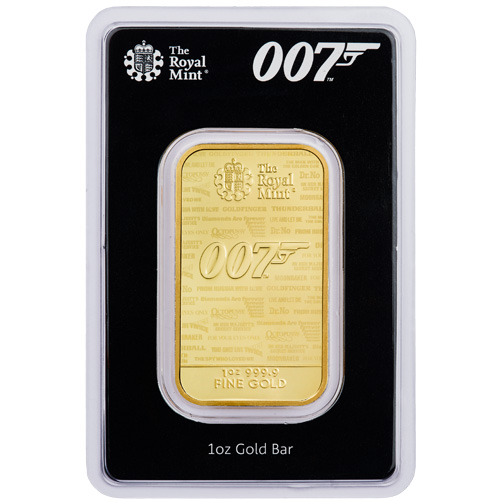 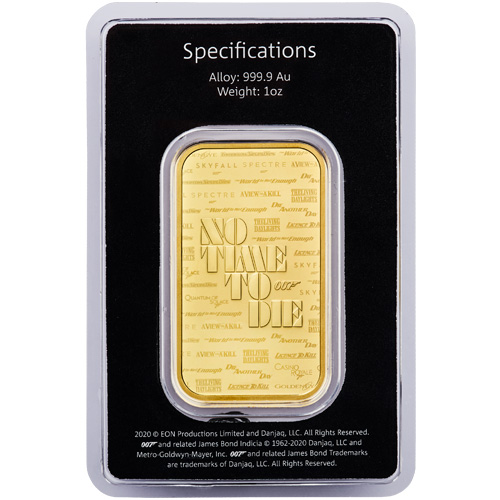 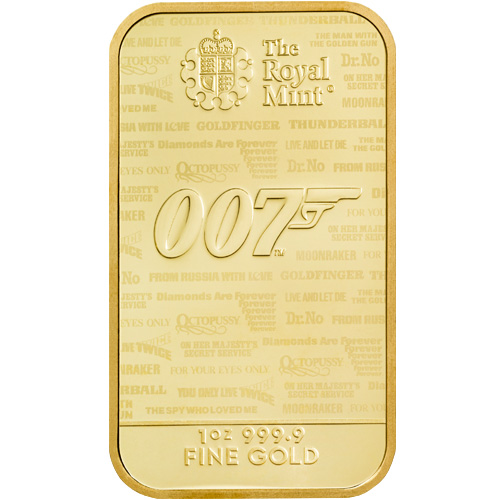 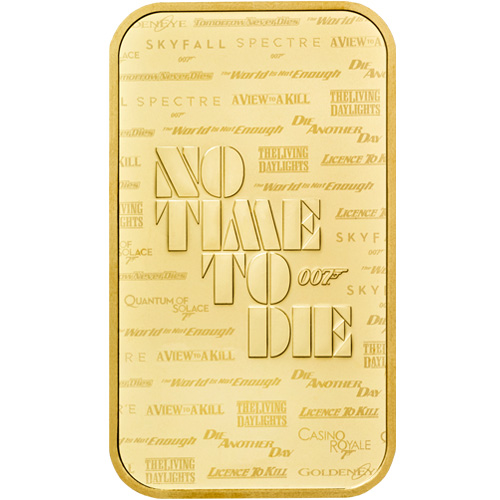 The world is still anxiously waiting for the release of the 25th James Bond film and the first in five years. As moviegoers around the globe wait for the next installment in the long-running film franchise, investors dont have to wait as there are countless gold bullion and silver bullion options available to purchase. These new include gold bars for sale from the Royal Mint of England. Now, 1 oz British James Bond No Time To Die Gold Bars are available to you for purchase online from JM Bullion.

James Bond was introduced to the world through the writings of Ian Fleming in 1952. A decade after Fleming released his first of 12 novels, Eon Productions took up the mantel on the big screen by producing feature films with the iconic British spy. Since 1962, six men have played the role of James Bond in Eon Productions feature films, with Daniel Craig the latest actor to step into the tuxedo of Bond.

In 2020, the 25th feature film from Eon Productions is slated for release in the fourth quarter of the year. Craig will reprise the role of James Bond for the fifth time, surpassing George Lazenby, Timothy Dalton, and Pierce Brosnan in terms of the number of films in which he has appeared as the iconic spy.

The obverse side of the 1 oz British James Bond No Time To Die Gold Bar features a depiction of Bonds famous agent code number in the center. Though he always introduces himself in the field as Bond, James Bond, the spys code number is how many in MI6 will refer to him. That 007 code is featured in the center of this design with the 7 forming the handle and grip of a pistol. Above the 007 design is the Royal Mint of England logo, with the weight, purity, metal content, and a unique serial number also on this side.

On the reverse face of British James Bond No Time To Die Gold Bars is the name of the upcoming 25th film. In giant block text, NO TIME TO DIE is struck on the bar with the 007 logo next to the word TO in the inscription. In the background, several titles of unforgettable movies in the franchise are included.

These 1 oz British James Bond No Time To Die Gold Bars are available to you inside of individual assay blisterpacks. The blister has a capsule for the bar and an assay card that authenticates the weight, purity, metal content, and the serial number of the item.