1 oz Battle of Iwo Jima Silver Round (New, Proof Like) 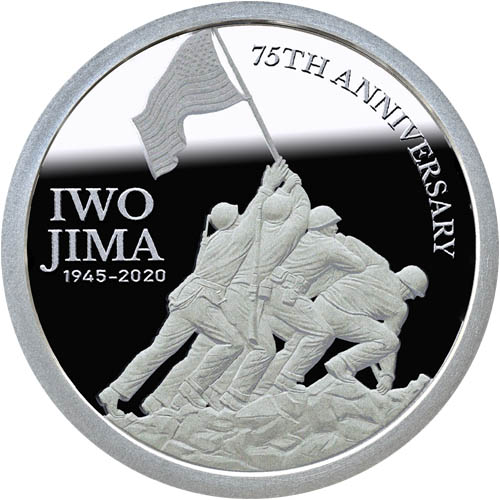 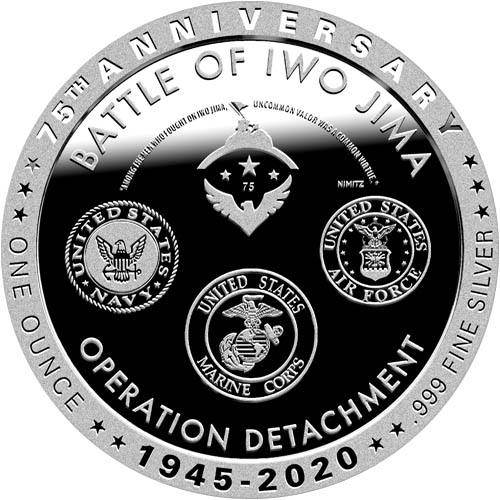 As low as $14.49 per round over spot!
Add to WishlistLog In to add this product to your Wishlist
Free Shipping on $199+ Orders

One of the most significant battles of World War II’s Pacific Theater took place 75 years ago in February and March 1945. The Battle of Iwo Jima pitted the United States Marine Corps and United States Navy against the Imperial Japanese Army. America’s goal was to capture the island and its three airfields as a staging ground for later attacks on the Japanese mainland. Now, 1 oz Battle of Iwo Jima Silver Rounds are available to you for purchase online from JM Bullion that captures this seminal moment in American history.

The Battle of Iwo Jima started on February 19, 1945, when US Marines were ferried to shore by the United States Navy. Known as Operation Detachment, the US sought to capture the entire island and secure access to the three Japanese-built airfields already located on the island. Capturing these airfields would give the United States the launching pad it needed for direct attacks on the Japanese mainland.

Obverse imagery on the 1 oz Battle of Iwo Jima Silver Rounds captures one of the moments from the battle that is indelibly etched in the minds of Americans. On this side of the round, US Marines stake the American flag on a pole and raise it up above the peak of Mount Suribachi, symbolizing American victory in the battle.

JM Bullion customer service is available to you at 800-276-6508 to help answer questions. You can also chat with us live online or email us directly.

Vincent from - August 02, 2022
"Received both of my Iwo Jima rounds and they are beautiful, I highly recommend them to anyone. Thank you JM Bullion for the quick and timely shipment. "