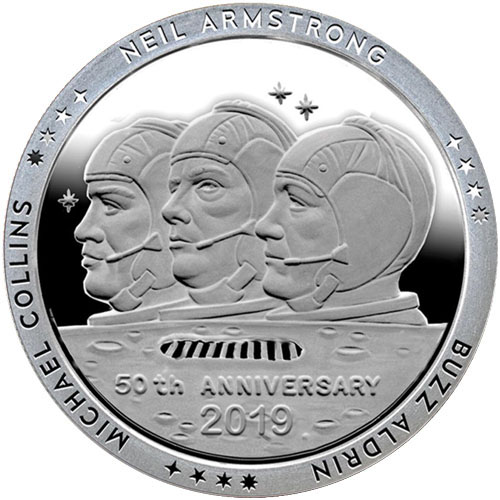 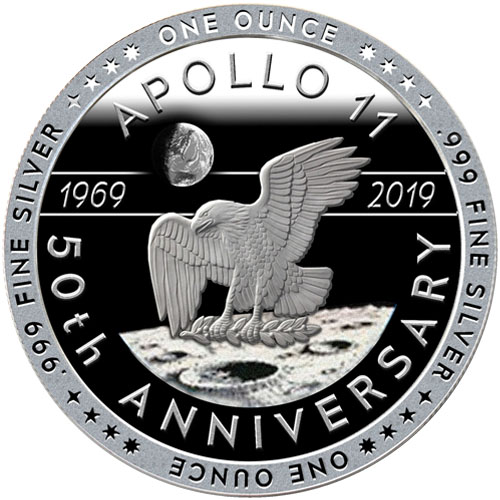 2019 marks the 50th anniversary of one of the greatest achievement in both American history and the history of human civilization. In 1969, NASA met the challenge issued by President John F. Kennedy in 1961 as it sent men into outer space, landed them on the moon, and returned them safely to Earth’s surface. Today, 1 oz Apollo 11 The Crew Silver Rounds are available to you online from JM Bullion.

The Apollo 11 program was the fifth manned program from NASA sending men into space and returning them home safely. What made Apollo 11 unique in American history was the fact that the crew not only went into space, but landed safely on another celestial body for the first time in human history.

All 1 oz Apollo 11 The Crew Silver Rounds are available to you with an air-tite capsule to house the round. Each one has a proof-like finish that delivers frosted design elements and mirrored background fields. The rounds in the Apollo 11 Series also have their own unique serial number engraved onto the edges.

On the obverse of the 1 oz Apollo 11 The Crew Silver Rounds is a depiction of all three men in the Apollo 11 crew in a left-profile relief of each man. The surface of the moon with an astronaut’s footprint is visible in the lower half of the design field along with engravings of “50th Anniversary” and “2019.”

The three-man crew consisted of Commander Neil Armstrong, Lunar Module Pilot Buzz Aldrin, and Command Module Pilot Michael Collins. All three men’s names are engraved around the edge of the obverse. Armstrong and Aldrin would ascend to the surface of the moon in the Eagle lander during the mission, but Collins remained in orbit around the moon in the command module.

For the reverse of the Apollo 11 The Crew Silver Rounds, the North American Mint uses a common design based upon the mission patch of the Apollo 11 astronauts. The design includes the image of an American bald eagle with an olive branch in its talons as it descends onto the surface of the moon.

Please feel free to reach out to JM Bullion with your questions about buying silver. You can call our customer service team at 800-276-6508, chat with us live online, or simply send us an email.

Tyson from - July 26, 2019
"I really think the coin is very highly detailed but did find one thing a bit misleading. the pictures makes it look like there is a darkened portion of the coin. Its actually just a shiny part. I\'m still glad I got it, just something to keep in mind about the picture."