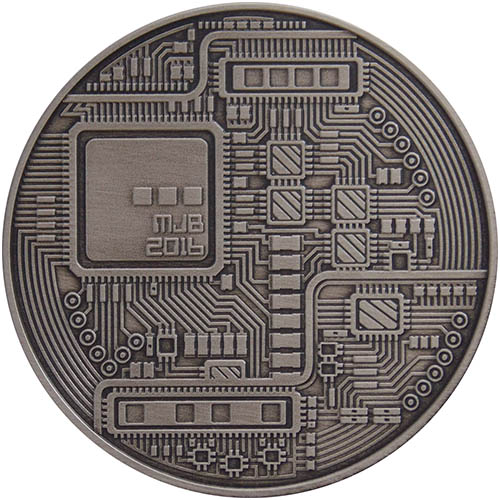 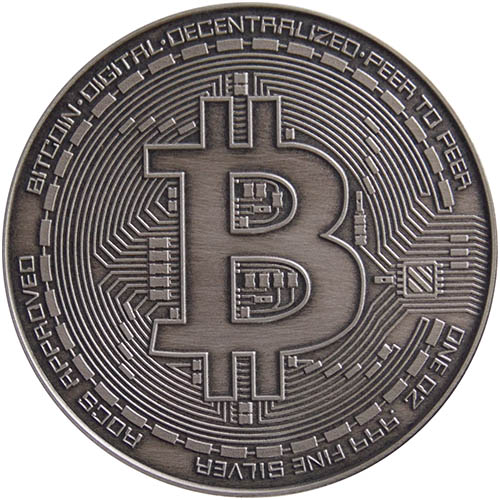 Bitcoin is a form of digital currency that was introduced in 2009. Throughout its short history as a form of currency, Bitcoin has attracted a lot of attention but has never been able to be physically held by any one individual using it. Though not a currency, a new series of silver and copper rounds from Osborne Mint offer a physical manifestation of the popular crypto-currency. Today, the 1 oz Antique Bitcoin Silver Commemorative Round is available to you from JM Bullion.

Bitcoin is a unique form of currency in more ways than one. It is not issued by any foreign reserve bank or backed by banks. People can buy bitcoins through online exchanges that convert international currencies into Bitcoin. Using a virtual wallet, you can then pay other people directly or even make payments to merchants who opt to collect Bitcoin.

Referred to as a crypto-currency, there are no middle men involved in transactions to process Bitcoins. There are no fees associated with transactions and you don’t have to provide your real name when buying Bitcoins or paying for service using it. In 2010, Michael Bruce designed a Bitcoin commemorative round to bring this digital currency to the real world in a collectible format.

All 1 oz Antique Bitcoin Silver Commemorative Rounds in this offering feature Bruce’s original 2010 commemorative design. Your silver round ships in a protective AirTite capsule with Certificate of Authenticity that bears the same serial number found on the edge lettering of the round.

The obverse of the Bitcoin Silver Commemorative Round includes the well-known symbol for Bitcoin. Like any form of currency, there is a symbol to represent Bitcoin and in this case it is a capital “B” with two vertical lines through it, similar to those in the “S” of the US Dollar ($).

On the reverse of the 1 oz Antique Bitcoin Silver Commemorative Round you’ll find a matte-finished square field in the upper left with Bruce’s “MJB” initials and a year of issue for the rounds. Both sides have a background field of electronic grids reflective of the virtual existence of the currency.

The Bitcoin Commemorative Round series from Osborne Mint includes a proof silver round, a BU copper round, and these antique silver rounds. The antique polish of these rounds gives them a visual brilliance similar to antique coinage, with enhanced visibility of the intricate details of the design.

Please direct your questions to a JM Bullion team member at 800-276-6508 or online through our live chat and email features. You can also visit our Bitcoin Price Page to see a bitcoin price chart.

Dylan from NE - January 04, 2018
"Great looking coin, I think the Antique finish brings out the detail in this coin. I've made a video on youtube about this coin, just search the name. Not many left of this design, get yours while you still can."