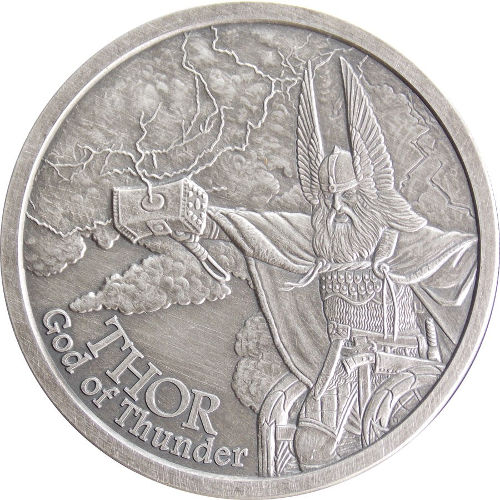 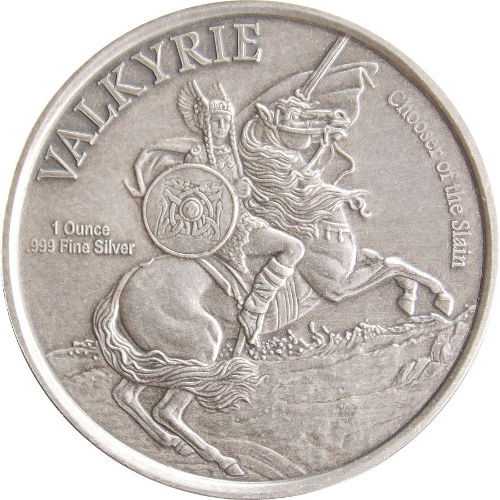 In the second release of the new Norse Gods Series from the Anonymous Mint and Osborne Precious Metals, creator Julie Lindquist and sculptor Luigi Badia bring Howard David Johnsons Norse artwork to life in the form of the thunder god. The 1 oz Antique Norse Gods Series Thor Silver Round is available today from JM Bullion.

Norse Gods have been the focal point of numerous silver round programs in the last two years, and the Anonymous Mint and Osborne Precious Metals are combining to bring a brand-new series of antique silver rounds featuring brilliant designs of the gods from Norse mythology.

As the second release in the series, the 1 oz Antique Norse Gods Series Thor Silver Round highlights the God of Thunder. Currently revered in popular culture for characterizations in comic-themed films, Thor appears on these rounds with proof, mirrored finishes and an antique touch.

The reverse face of these silver rounds features the image of a member of the Valkyrie. Set to feature on the reverse of all rounds in the series, the Valkyrie were Odins own band of warriors chosen to help him decide who would live and die when men fought each other for land or riches.

On the obverse of the 1 oz Antique Norse Gods Series Thor Silver Round is the imposing image of the God of Thunder. Thor presides over the wind, rain, fair weather, thunder, lightening, and agricultural crops, and he is the son of Odin and the giantess Fjorgyn. Critical to the design is his powerful hammer held out, which is known as Mjolnir.

Anonymous Mint is a private company in the United States and is responsible for the creation of these silver rounds. Julie Lindquist developed the series, turning to Italian sculptor Luigi Badia to create 3D sculpts of Howard David Johnsons artistic works featuring Norse gods. Osborne Precious Metals is the production partner for Anonymous Mint, and is Americas oldest private minting facility.

If you have any questions, please feel free to contact JM Bullion. You can reach our customer service team on the phone at 800-276-6508, connect with us online using our live chat, or simply email us.

Laura J from - June 22, 2019
"Very nice coin. Will make a nice addition to my small silver collection. Very artistic detailing. I really like these coins."