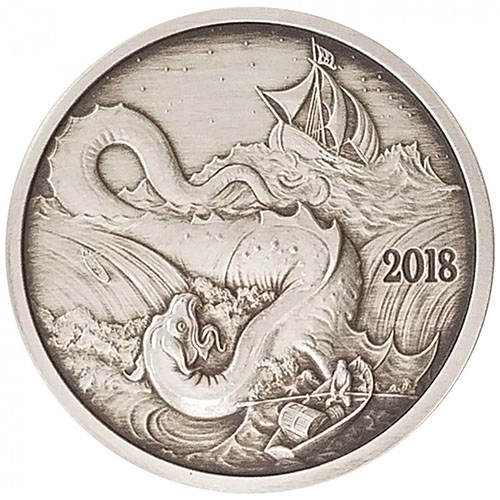 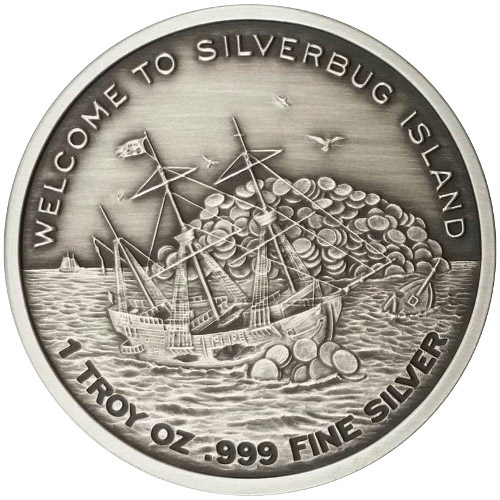 The leviathan is a biblical creature who stalked the oceans, and according to Hebrew traditions was slain by the god Hadad. The Hebrew Bible mentioned the massive sea creature six different times in the Tanakh. Today, 1 oz Antique Leviathan Finding Silverbug Island Silver Round is available to you online from JM Bullion.

The Finding Silverbug Island Series of silver rounds for sale come from North American Mint and represent the Silverbug community. The online Reddit community of silver enthusiasts has a love for all things silver, and this is the second major collection of rounds representing the group. The rounds are available with a total of eight designs planned and follow the Silverbug Fairy collection.

In the Leviathan Finding Silverbug Island release, North American Mint offers the fifth release in the series with three different options for investors and collectors. The antique finish of the Leviathan Silver Round includes a unique polish that helps highlight the intricate details of the rounds design, while also lending a sense of ancient coinage.

On the obverse of the 1 oz Antique Leviathan Finding Silverbug Island Silver Round youll find the sea serpent known as the leviathan. The leviathan is mentioned in the books of Job, Amos, Pslam 74, Pslam 104, and Isaiah. Sea serpents such as the leviathan feature prominently in the mythology of the Ancient Near East, and featured in tales from as far back as the 3rd millennium BCE.

The leviathan drew comparisons to the dragon or a world serpent, and was often referred to alongside the land-monster known as Behemoth. The leviathan was to be served to the righteous people at the end of time. Leviathan is said to live over the Sources of the Deep.

For the reverse of the 1 oz Antique Leviathan Finding Silverbug Island Silver Round, the North American Mint uses the same design for all of the silver rounds in the collection. The Silverbug Island itself appears out of the waters as a pile of silver rounds forms the landmass. In the foreground youll notice a ship wrecked on the outer banks of the island and engravings on the round denote the weight, purity, and metal content.

Please dont hesitate to reach out to JM Bullion if you have questions. Were available to help on the phone at 800-276-6508, online using our live chat, and through our email address.