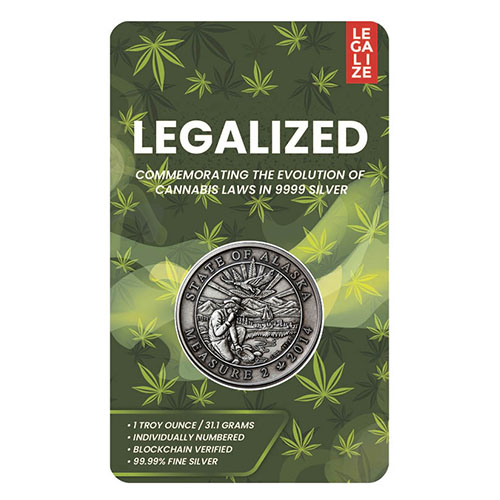 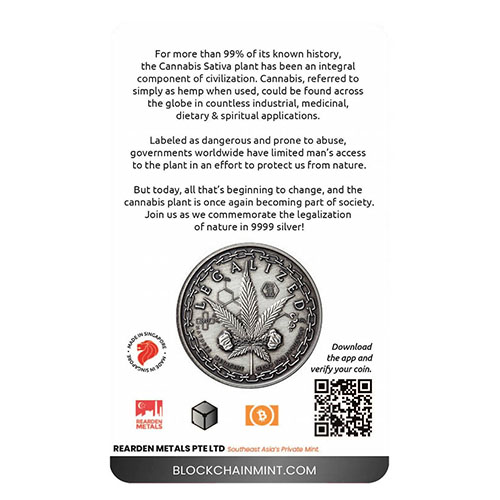 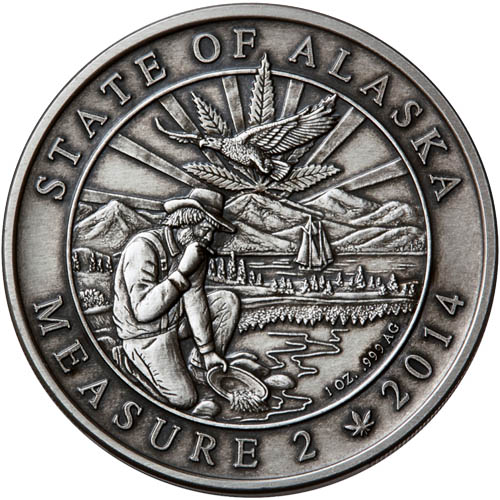 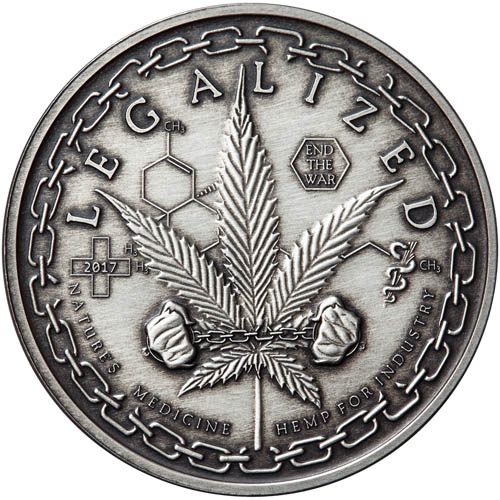 The state of Alaska joined Oregon in 2014 in passing ballot measures that legalized the recreational distribution, possession, and use of cannabis products that included marijuana. Alaska’s Measure 2 was passed on election day in 2014 during midterm elections and allowed anyone 21 and older to possess up to one ounce of cannabis and six other plants. The measure has generated some $7.4 million in tax revenue for the state since sales started in October 2016.

Alaska has had one of the most complicated histories with the legalization battle. Following Oregon’s decriminalization of very small amounts of marijuana in 1973, Alaska decriminalized cannabis in 1975. That move lasted for 15 years before being re-criminalized in 1990. After another 13 years, cannabis was again decriminalized when the 1990 move was overturned in 2003. However, a new criminalization law was passed in 2006.

The reverse of the 1 oz Antique Legalized Collection Alaska Silver Round celebrates the 2014 passage of Measure 2 to legalize the recreational use of cannabis. This image of the Last Frontier features a man kneeling at a riverbed with his gold pan containing some cannabis and a joint in his mouth. The American bald eagle flies in front of a mountain peak with the sun shining from behind it in the background, though the sun is replaced by a rising cannabis leaf.

On the obverse of 1 oz Antique Legalized Alaska Silver Rounds is the image of a cannabis leaf in the center. The hands of the leaf are cuffed in chains and there is a chain around the outer design field, both representing the federal government’s attempts to maintain regulations on cannabis at a national level.

These 1 oz Antique Legalized Collection Alaska Silver Rounds are available to you with a blisterproof card and certificate information. Each round has an antique polish that delivers a brushed, rustic finish.

We encourage JM Bullion customers to call us with questions about these 1 oz silver rounds at 800-276-6508. You are also encouraged to reach out to us online through our live chat and email address features.