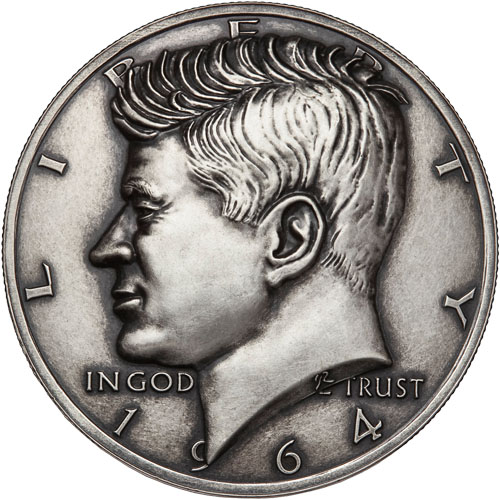 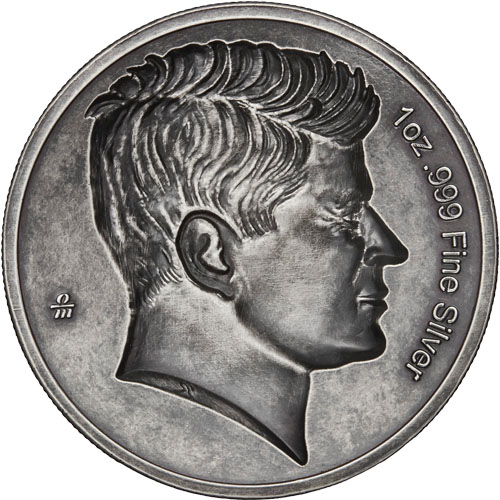 The Osborne Mint introduced the American Legacy Collection of 1 oz silver rounds in 2019. The four-design series focuses on iconic American coin designs that include the Buffalo Nickel, Morgan Silver Dollar, Lincoln Penny, and the Kennedy Half Dollar. Each one is available in proof, antique, and colorized versions. Right now, 1 oz Antique Domed American Legacy Kennedy Half Dollar Silver Rounds are available to purchase online from JM Bullion.

Each 1 oz Antique Domed American Legacy Kennedy Half Dollar Silver Round in this product listing from JM Bullion comes with a custom-fitted protective plastic capsule. The capsules are specifically designed for domed silver rounds and protect the impressive design strike on these products. American Legacy Collection silver rounds feature individual serial numbers on the edges that match the numbered Certificate of Authenticity included with purchase.

The obverse face of 1 oz Antique Domed American Legacy Kennedy Half Dollar Silver Rounds includes the depiction of President John F. Kennedy as created in 1964 by Gilroy Roberts. The design was modified from an earlier bust of Kennedy that Roberts created for the Presidential Medal Series.

In this design release, the Osborne Mint strikes the bust of President Kennedy on the domed obverse of silver rounds. This results in a design that has 10 times the depth of other replica rounds and delivers greater intricacy in the detail elements.

On the reverse of Antique Domed American Legacy Kennedy Half Dollar Silver Rounds is the same depiction of President Kennedy as found on the obverse, but here it is struck in right-profile relief on a sunken design field with inscriptions of the weight, purity, and metal content of the round.

If you have any questions, JM Bullion customer service is available to help you. We are available to chat on the phone at 800-276-6508, online using our live chat, and via our email address.