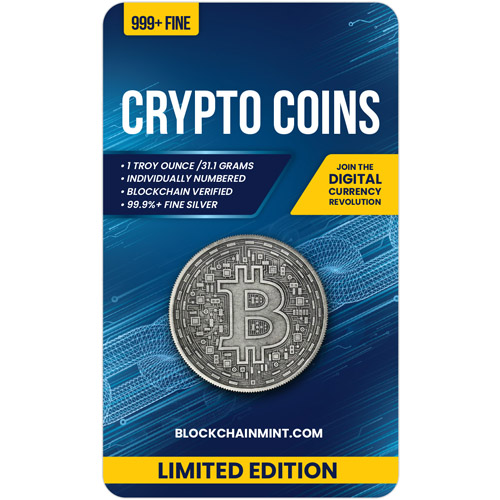 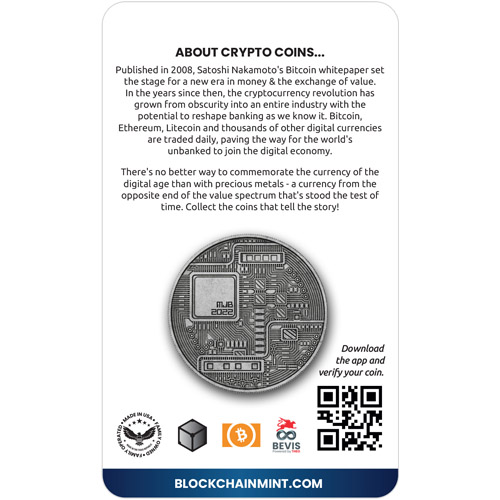 When it was first released in 2009, Bitcoin and crypto currencies were relative unknowns. A few cryptologists and computer programmers were familiar with the concept, but it wasn’t something that existed in practice and was known to the public until Satoshi Nakamoto released the very first crypto currency in 2009. Now, 1 oz Antique Crypto Commemorative Bitcoin 10th Anniversary Silver Rounds are available to you for purchase online from JM Bullion.

Bitcoin was first launched in 2009 using blockchain technology to track and process transactions using the currency. The first-ever transfer of Bitcoin occurred between founder Satoshi Nakamoto and US software engineer Hal Finney. The true identity of Nakamoto is something that remains a mystery to this day. Most people believe that this pseudonym is used by one or more people who actually developed Bitcoin. Some have even suggested the Finney was the true individual behind Bitcoin.

Regardless of the true identity of its founder, Bitcoin has gone on to fuel controversies, ignite massive price speculating, and generate an entire industry of other crypto currencies. As Bitcoin celebrates its 10th anniversary, it has come a long way from its original value of $.001 (USD) when it was introduced. In the summer of 2019 alone, its value has fluctuated between $12,900 and $9,400 (USD).

On the obverse side of the 1 oz Antique Crypto Commemorative Bitcoin 10th Anniversary Silver Round is the iconic symbol of the world’s leading crypto currency. The Bitcoin symbol is a riff on the US dollar symbol, offering the capital letter “B” with two vertical lines struck through the center.

The reverse face of the Crypto Commemorative Bitcoin 10th Anniversary Silver Rounds borrows design elements released on the first-ever crypto rounds. MJB designed this field in 2011 for the first-of-its-kind silver “coin” representing Bitcoin, which as a virtual currency does not exist in a physical form.

These 1 oz Antique Crypto Commemorative Bitcoin 10th Anniversary Silver Rounds are available to you with a protective capsule and a numbered Certificate of Authenticity. Each of these antique rounds has a brushed, matte visual finish.

We encourage JM Bullion customers to contact us with questions at 800-276-6508. You can also contact us online through our live web chat and email address options.