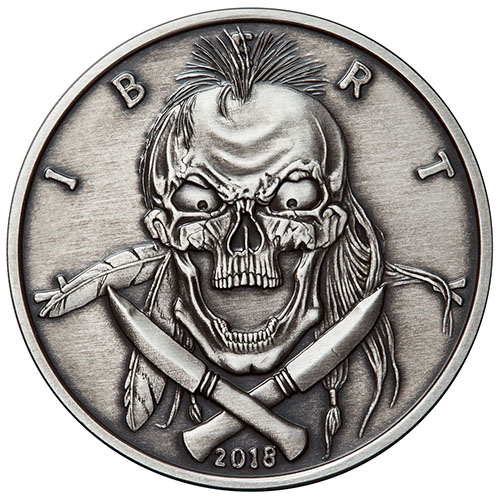 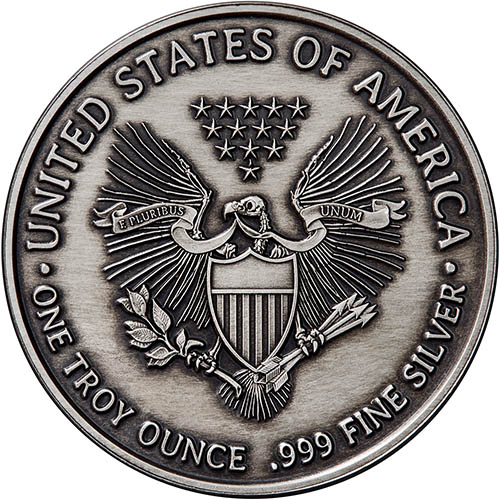 The American Western Skulls Collection is a six-round design series that focuses on the popular characters featured in films, TV series, and countless works of written fiction depicting the American Wild West. This era has been romanticized by Hollywood and exaggerated about in books. The reality of this time period was rough and death was a central theme. Today, the 1 oz Antique American Western Skulls Indian Brave Silver Round is available to you at JM Bullion.

In the American Western Skulls Collection, the reality of life in the Wild West comes into focus in these death-centric designs. Each individual design debuting on the obverse face of the rounds is captured with symbolism relevant to the character, but all are captured as skulls following their death. The Wild West may have had some romantic elements, but death at the hands of enemies, soldiers, and lawmen was a key part of the story.

All 1 oz Antique American Western Skulls Indian Brave Silver Rounds have individual protective capsules to keep the rounds safely housed during shipping and while on display in your collection. The individual rounds have serial numbers engraved on the edges which match the individually numbered Certificates of Authenticity available with purchase.

On the obverse of the Antique American Western Skulls Indian Brave Silver Round is the frightful image of an Indian Brave’s skull. Still ready for battle in the afterlife, this Brave has his mouth open wide to unleash a battle cry as he defends his family and tribe. The Brave has two feathers in his long hair, a spiked Mohawk on top, and two small knives crossed below his jaw.

The reverse of the 1 oz Antique American Western Skulls Indian Brave Silver Round includes the heraldic eagle of the United States in a design known as the fried eagle. In keeping with the theme of death, this eagle is also dead and featured in skeletal form. It does maintain the elements of the heraldic design, such as the arrows of war, an olive branch of peace, national shield, and the triangular cluster of 13 stars to represent the original colonies.

Each of these pieces of silver for sale has an antique polish applied. Antiqued products have collectible appeal for the enhanced visuals on the design elements. The polish lends a sense of heirloom quality to each round.

Please feel free to reach out to JM Bullion with your questions. Our customer service team is available at 800-276-6508, online using our live chat, and via our email address.

David from OK - October 01, 2018
"Beautiful detailed round,with a low mintage what more could you ask for. "