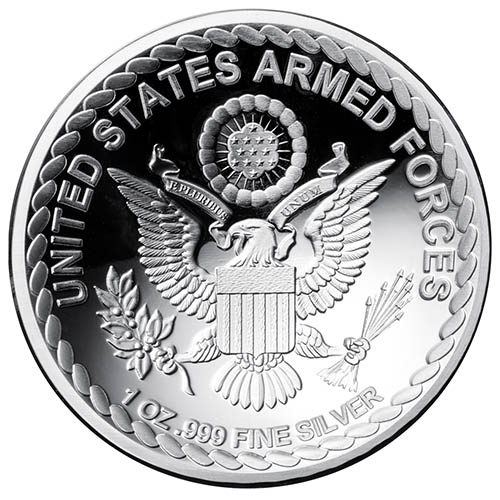 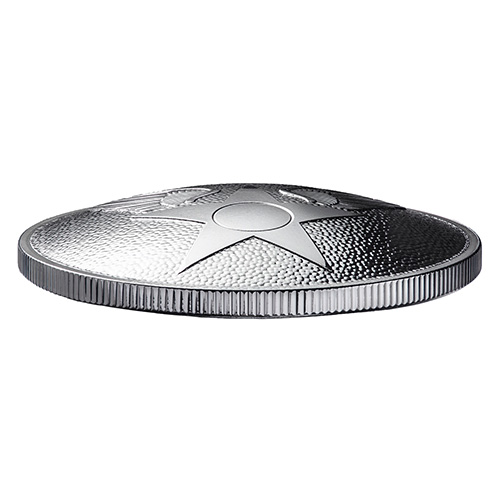 The United States Air Forces historical antecedent was formed by the government on August 1, 1907 as part of the US Army. The Air Force would remain a part of the Army through World War II, earning its own official branch and department in 1947. Despite its position within the Army, the US Army Air Forces of World War II operated largely independent from the Army throughout the conflict.

In the new United States Armed Forces Series, the Anonymous Mint creates patriotic designs representing each of the five major branches of the US Armed Forces. Though the nation has seven uniformed services, only the five in this series are considered part of the official Armed Forces of the nation responsible for defense against the nations enemies.

On the obverse of the 1 oz Air Force Button Domed Silver Round youll find a replica of the typical service uniform button worn by members of the United States Air Force. The design includes a large star in the center with a circle at its core. There are a pair of open wings that originate within the star and the background features a stippled effect.

The reverse of all United States Armed Forces Series silver rounds include the Great Seal of the United States. This iconic design includes the American bald eagle with a shield in front of it. The national bird holds the olive branch of peace in one claw and the arrows of war in the other, symbolism representing the nations readiness for war, but desire for peace.

All 1 oz Air Force Button Domed Silver Rounds have a convex surface bringing a design that literally comes off the field of the round. All rounds ship in plastic capsules for protection and include individually numbered Certificates of Authenticity. In the initial release, these rounds are only available to you from JM Bullion!

We encourage JM Bullion customers to contact us on the phone with questions at 800-276-65208. You can also reach out to our customer service team online through our live chat and email address.

RICHARD from SC - January 06, 2018
"Very nice round that arrived today. Flawless minting, even the capsule match’s the design of the round. Wish it said US Air Force on the front, but I like the Air Force emblem."