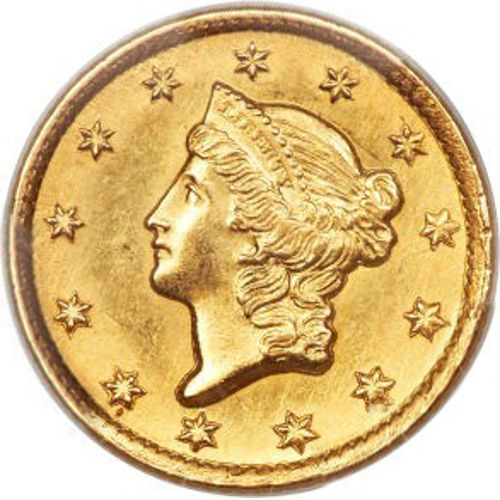 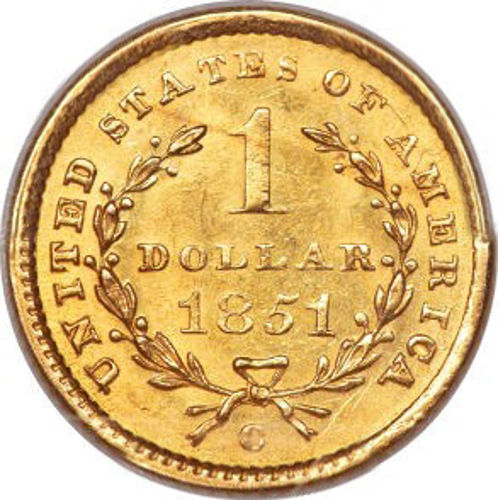 In an effort to combat the financial crisis of the Great Depression, the United States government recollected all Pre-1933 gold coins and melted the coins down to produce gold bars. Coins that survive today from that period are extremely rare, and the Liberty Gold Coin is among those rare products. Today, the Pre-1933 $1 Liberty Gold Coin is available from JM Bullion.

The year 1849 will forever be remembered in the United States as the year when the Gold Rush officially began. Following the discovery of gold in California, hundreds of thousands of Americans moved west in hopes of amassing personal wealth. During this time period, the US Mint had an abundance of gold as a result.

Among the most popular coins struck following the discovery of gold in 1849 was the Pre-1933 $1 Liberty Gold coin. The coins featured in this product listing are categorized as Type 1 coins, meaning they were struck between 1849 and 1854. Their condition is graded BU, which means that each one has no trace of wear. However, they may show contact marks, spotted surfaces, or breaks in the luster.

On the reverse side of each $1 Liberty Gold Coin is the left-profile portrait of Lady Liberty. Designed by James B. Longacre for use on these coins, her image is surrounded by 13 stars. Each star represents one of the original colonies that eventually formed the United States.

The obverse side the coins bear a wreath, tied by a ribbon, in the center. Within the wreath are the face value of the coin, engraved 1 Dollar, and the year of minting. Along the top of the coin is the engraving United States of America.

Most Pre-1933 $1 Liberty Gold Coins from Type 1 were struck at the Philadelphia Mint. These coins were the smallest denomination struck by the US Mint, and offered an alternative to the larger $1 silver coins minted at the time.

You can direct all your questions regarding this product listing to JM Bullion associates at 800-276-6508. You can also connect with us online using our live web chat and email services.