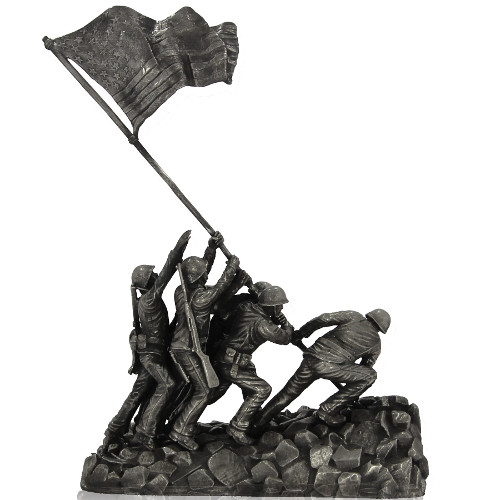 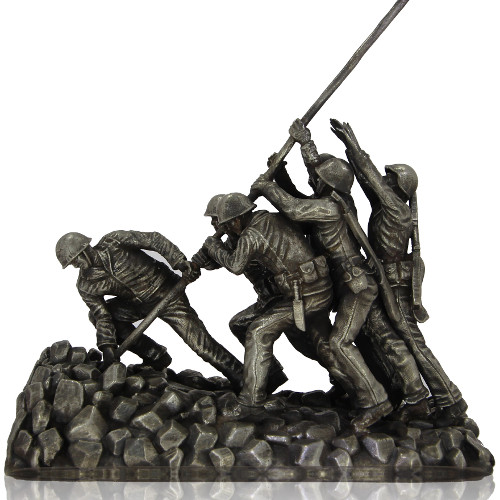 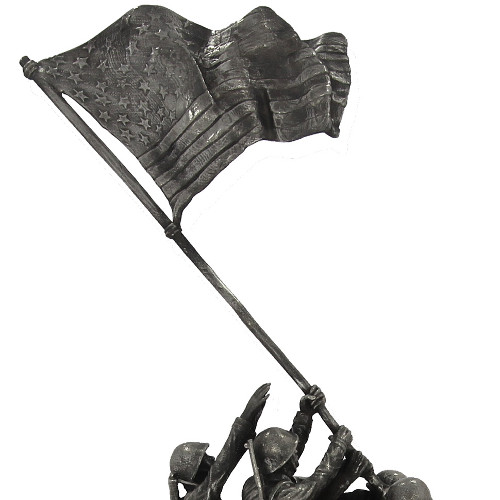 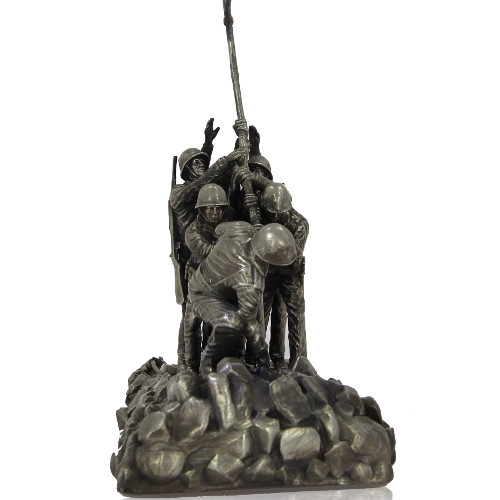 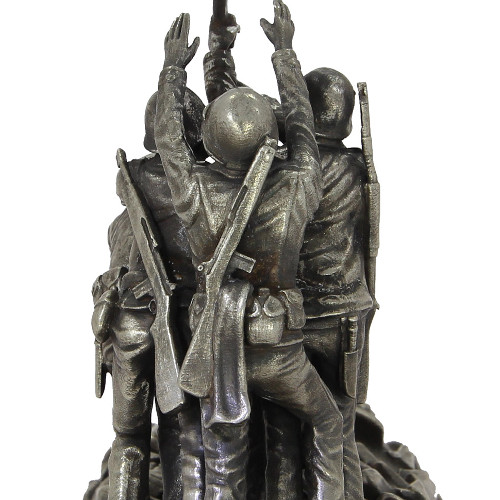 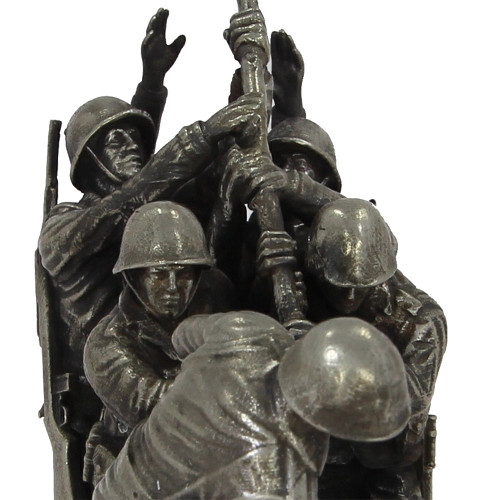 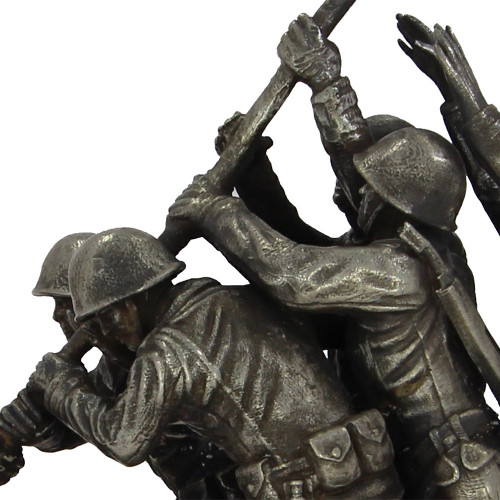 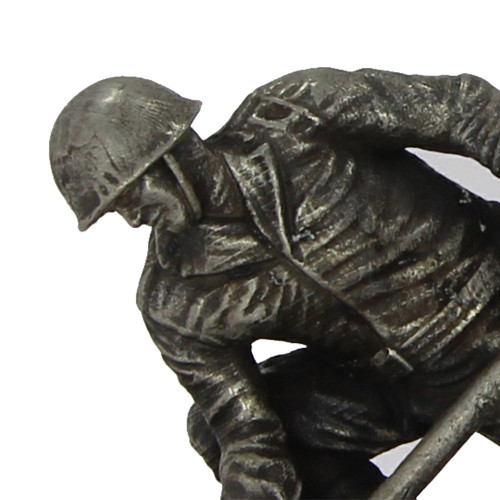 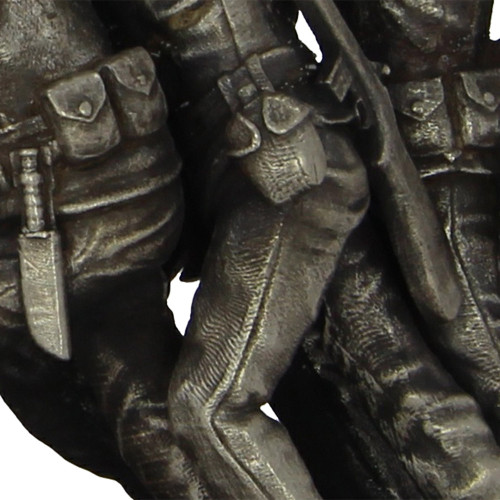 There are few battles in American history more significant in an entire campaign than that of Iwo Jima. Pitting the United States Marine Corps and naval fleet forces against the army and naval forces of the Empire of Japan, the Battle of Iwo Jima was one of the most significant during the US island-hopping campaign in the Pacific theater during World War II. Today, the 30 oz Antique Finish Iwo Jima Silver Statue is available to you online from JM Bullion.

Iwo Jima was a pivotal battle in the American island-hopping campaign during World War II. The US and its allies in the Pacific determined that the best path to defeat of the Empire of Japan was to retake one island after another from the Japanese to push them back to mainland Japan.

With Iwo Jima taken, the United States Army Air Forces would have a launching pad for the newly-built B29 bombers, providing extended range and greater capability to launch massive bombing raids on mainland Japan to push the empire to its knees.

As depicted on this 30 oz Antique Finish Iwo Jima Silver Statue, youll note the moment when a group of United States Marines climbed the summit of Mount Suribachi to raise the American flag as a symbol of the US defeat of the Japanese on the island.

The image featured on this Iwo Jima Silver Statue is based upon Joe Rosenthals Associated Press photograph of a group of six US Marines raising the American flag on the summit of the highest point on the island. Though the flag was raised, the battle to secure Iwo Jima and defeat pockets of Japanese resistance would continue.

Each of these 30 oz Iwo Jima Silver Statues has a brilliant antique finish. The addition of antique finishes to silver statues provides the patina of age, creating warmth in the appearance and added, subtle depth to the overall design.

Heads or Tales Coin Company believes in bringing the oldest and most beautiful coin or round designs, as well as other inspiration figures from around the world to life in a new way. The 2nd generation mint masters believe in entrusting these designs to true artisans; sculptors who can bring the designs to life with brilliant, 3D statues.

Please contact JM Bullion with any questions you might have regarding these statues. Our customer service associates are available at 800-276-6508, on the web using our live chat, or via email. You can even visit our website to view the latest price of silver per ounce.