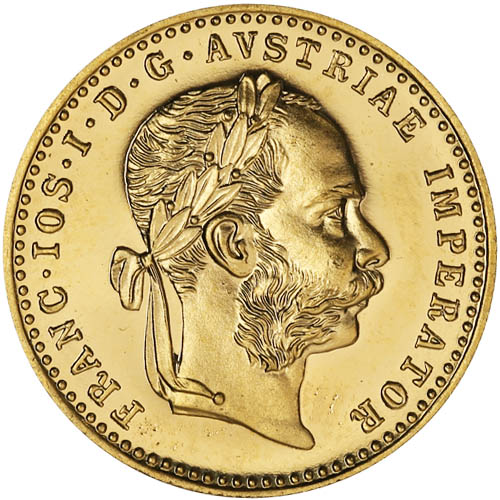 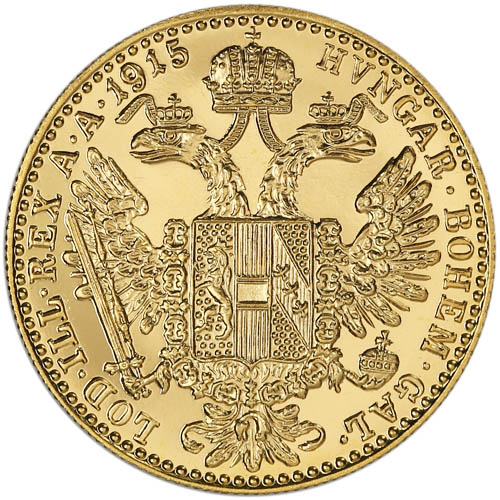 The Ducat has one of the most complex coining histories of any European gold coin. Ducats were once available in silver and gold, with the earliest forms of the currency issued by King Roger II of Sicily in 1140. Widespread acceptance and use of gold ducats was powered by the Dutch from the 16th century onward as the kingdom became a dominant player in global trade. Right now, 1 Ducat Austrian-Dutch Gold Coins are available to purchase online from JM Bullion.

Each of the 1 Ducat Austrian-Dutch Gold Coins available to you here today is an official restrike of the original circulating 1 Ducat Gold Coins of the Austro-Hungarian Empire. The coins have either Brilliant Uncirculated or About Uncirculated conditions, the latter of which indicates the presence of only slight signs of wear and tear.

The Ducat has a complex history, as mentioned earlier. This format of gold coin was issued as early as the Middle Ages and adopted in various designs, weights, and sizes by countless empires, kingdoms, and city-states throughout the European continent. One of the most popular forms was the Dutch Ducat, which was first issued by the Holland province in 1583 as a copy of Hungarian Ducats.

By the early 1600s, Amsterdam had become a center of international trade and Dutch-type Ducats were being issued for use as global trading currency. By the 1850s and the formation of Austro-Hungarian Empire, the Austrians would adopt the Dutch Ducat as a format for gold trade currency.

On the obverse of these 1 Ducat Austrian Dutch Gold Coins, you’ll find a right-profile portrait of a young Emperor Franz Joseph I. He was the Emperor of Austria and the longest-reigning King of Hungary during the era of the Austro-Hungarian Empire. The reverse of the gold coins includes the double-headed eagle and shield of the Hapsburg Dynasty, of which Joseph I was the final ruling member.

All of the 1 Ducat Austrian Dutch Gold Coins in this listing come from random years of production. The Austrian Mint ceased regular production of Ducat Gold Coins during World War I, but restrikes such as these were struck by the mint on occasion from 1915 to the end of the 20th century.

Joseph from DE - May 19, 2020
"These coins are beautiful! I have bought from JMB many times and always receive great quality. JMB are go to place for bullion!"

Jason from - September 20, 2019
"These tend to be excellent values for fractional gold when on sale. In line with the standard 1/10 Oz issues but with more gold content. People should understand that these are *modern* re-strikes of the original 1915 coin. "

Richard from IL - March 12, 2019
"I didn\'t think I\'d buy a restrike, but ordered one of these and am certainly glad I did! The coin was in BU condition and looked flawless. I love the design and detail of the reverse. "

Christopher from MD - May 05, 2015
"Got one for a great price and it was proof-like in quality. JM Bullion has them for the cheapest price I've found yet. Thanks!"