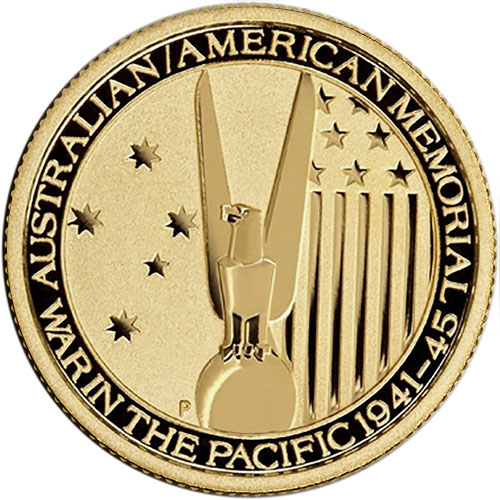 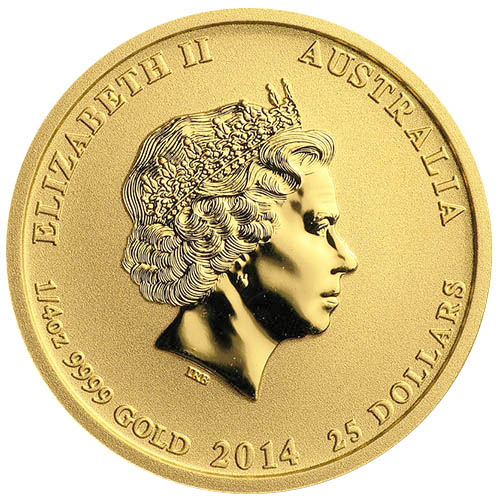 The alliance between the United States and Australia began during the horror of World War II in the Pacific Theater. As the Imperial Navy of Japan sailed across the Pacific conquering one island after another, only the United States Navy and the forces of the Royal Australian Navy stood in the way of their rapid advance south and east through the region. Right now, oz US Australian WWII Gold Coins are available to purchase online from JM Bullion which mark the lasting connection between these two allies.

Each of the oz US Australian WWII Gold Coins in this product listing was struck only in 2013 by the Perth Mint, with a total mintage reported at 22,589 coins. Each one is in BU condition for you to purchase today. Perth Mint ended production of these coins in November of 2013.

The image featured prominently on the reverse of the oz US Australian WWII Gold Coin is that of an eagle found perched atop the Australian-American Memorial. Located in the national capital city of Canberra, the memorial commemorates the service and support rendered to the nation of Australia by the United States during World War II in the Pacific Theater.

On the reverse of each oz US Australian WWII Gold Coin is the image of an American eagle in a stylized finish sitting atop a sphere. In reality, the eagle and sphere atop the Australian-American Memorial stand 36-feet high combinedand rest atop a 259-foot tapered column. On either side of the design field are the flags of the United States and Australia, further commemorating the alliance between the two nations.

The obverse of the US Australian WWII Gold Coins features the right-profile portrait of Her Majesty, Queen Elizabeth II. In this fourth-generation design from Ian Rank-Broadley, the Queen is depicted with an ornate crown atop her head. This was created for the Royal Mint in 1998.

The Perth Mint is a state-owned entity of Western Australia. The oldest operating mint in the country, the Perth Mint is not associated with the Royal Australian Mint system, but its coins do enjoy legal tender status under the Currency Act of 1965.

If you have any questions about these gold coins for sale, please contact JM Bullion. Our customer service team is available to you at 800-276-6508, online through our live chat, and via our email address.