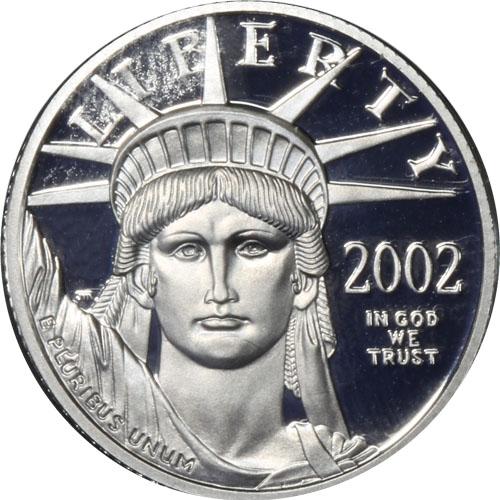 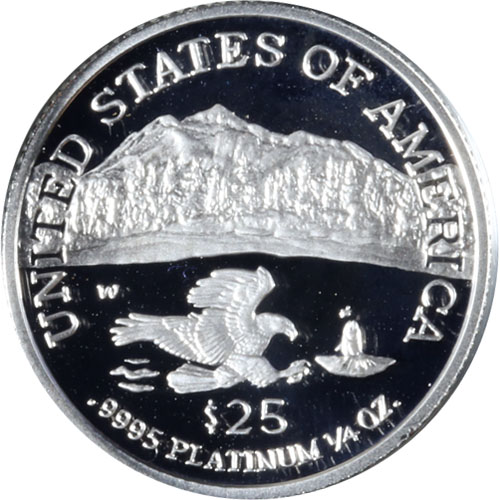 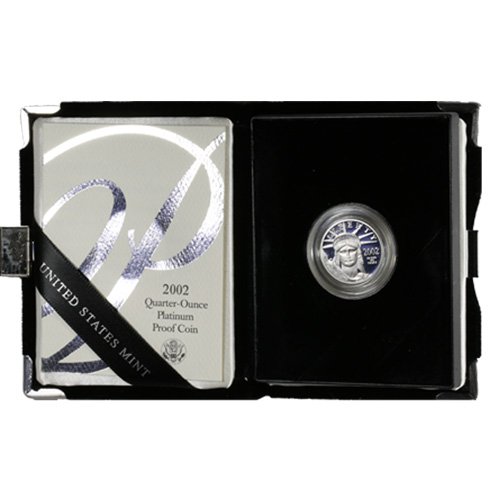 Proof American Platinum Eagle Coins were issued starting in 1997 with 1 oz, 1/2 oz, 1/4 oz, and 1/10 oz coins available in both the Brilliant Uncirculated and Proof versions of the coin. From 1997 to 2008, production of the fractional-ounce coins continued on an annual basis. The 2008 release was the last one to feature the fractional-ounce options.

Throughout the history of the Proof American Platinum Eagle Series, the US Mint has produced new designs on one side of the coin or the other. From 1997 to 2017, the reverse had a new design every year except one, with the 1997 and 2017 coins boasting the same design. During the period of issue for these 1/4 oz Proof American Platinum Eagles, it was the reverse design that changed each year.

For the obverse face of 1/4 oz Proof Platinum Eagles, the Statue of Liberty is shown in a stirring depiction. Created in 1997 by John Mercanti, this design showcases the Statue of Liberty with a focus on her face as her stoic gaze looks out over the Atlantic Ocean toward the Old World as a beacon of hope to the world.

In the reverse design element of 1/4 oz Proof American Platinum Eagle Coins, the United States Mint offers a new design each year. From 1997 to 2008, the series featured the Vistas of Liberty program (1998-2002) and the Foundations of Democracy program (2006-2008). Designs included various depictions of the American bald eagle in flight over the nation.

These 1/4 oz Proof American Platinum Eagle Coins are available to you with the original display box from the United States Mint and the Certificate of Authenticity issued by the mint. These coins are available from random years with no guarantee on the design and date mark on the coin you receive. All items are chosen at random after your payment has cleared. Please note, it is possible to receive coins with the same date and design when you buy multiples.

JM Bullion customer service is available to assist you at 800-276-6508. You can also reach out to us online through our live chat and email address features.