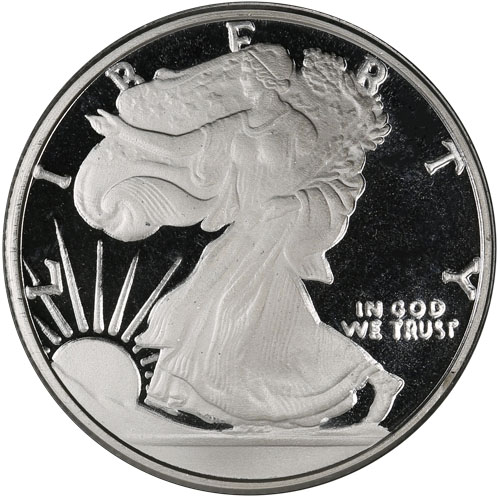 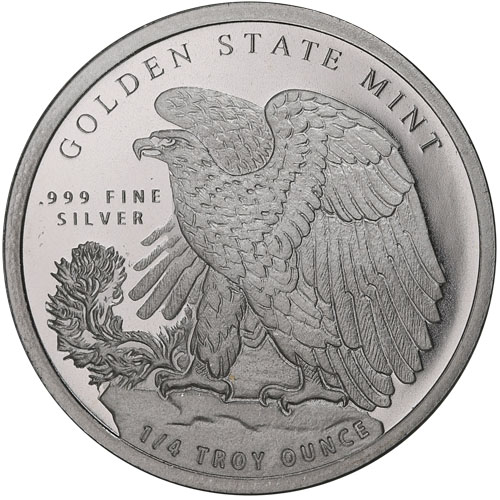 The Walking Liberty Half Dollar coin was in circulation in the United States from 1916 to 1947, at which point it was phased out in favor of a new design bearing the image of Founding Father Benjamin Franklin. Today, the design is available on the American Silver Eagle bullion coin, as well as low-premium silver rounds such as those from Golden State Mint. Today, 1/4 oz GSM Walking Liberty Silver Rounds are available to you online from JM Bullion.

Adolph A. Weinman threw his artworks into a competition among 20th-century artists to help revitalize the appearance of American coinage. In 1916, the United States Mint would choose two of Weinman’s designs to appear on circulation silver coinage in the United States. One was the Winged Liberty design for the 10-cent coin which would go down in history as the Mercury Dime for Liberty’s resemblance to the Roman god of the same name.

The other design was Walking Liberty. Scholars and art enthusiasts have seen correlations between Weinman’s design of Liberty and other works of art, including some of his own prior works. Some have said his vision of Liberty resembles the “Sower” found on French coins created by Oscar Roty. Others believe some of the elements come from Weinman’s own 1909 design of the Union Soldiers and Sailors’ Monument in Baltimore.

Regardless of inspiration, these 1/4 oz GSM Walking Liberty Silver Rounds bring this beautiful design to you on fractional-weight silver products. These silver rounds are available to you for individual purchase inside of protective flips, or you can purchase multiples inside of protective tubes of 20 rounds.

On the obverse of the GSM Walking Liberty Silver Rounds is the depiction of Lady Liberty. Known as Walking Liberty, she is depicted walking from right to left across the coin’s surface as she chases the sunlight of another, brighter day. She wears the American flag draped over her figure and has a hand outstretched toward the bright horizon.

The reverse of the 1/4 oz GSM Walking Liberty Silver Round features the American bald eagle. Also created in 1916 by Weinman, this design reflects America’s vision of itself during the early 20th century. This eagle has its wings unfolded, showcasing its fearless spirit and recognizing its own power.

Please feel free to reach out to JM Bullion if you have any questions. You can call us on the phone at 800-276-6508, chat with us live online, or simply send us an email.

Lindsay from - August 22, 2019
"For silver rounds, these coins are absolutely beautiful and have a great shine to them! I have to say they look nicer than the American silver eagles that I have, and I love their size. Will be buying more soon to add to my fractional silver."