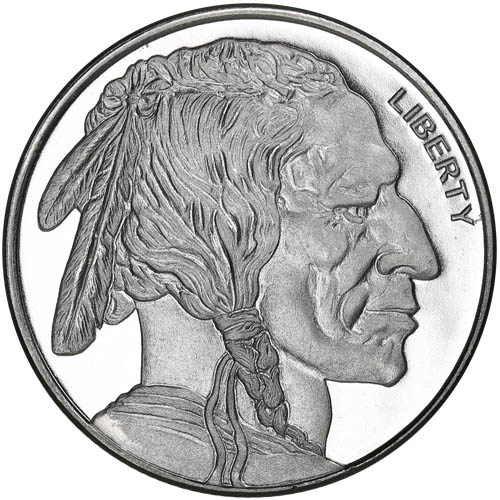 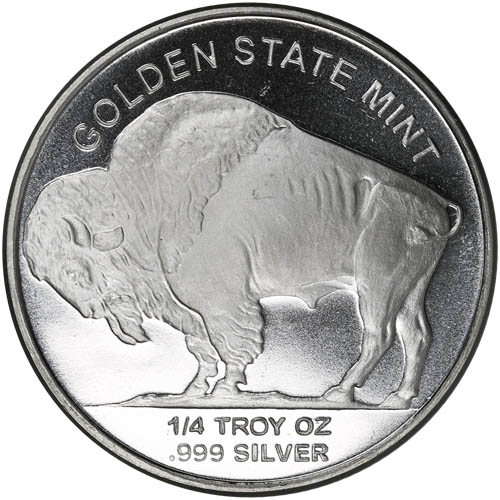 James Earle Fraser created what has gone into the history books as one of the most coveted American circulation coin designs. Known in its day as the Indian Head nickel, but later known more appropriately as the Buffalo Nickel, the nations five-cent piece in circulation from 1913 to 1938 carried classic images of the American frontier. Today, oz GSM Buffalo Silver Rounds are available to you online from JM Bullion.

Frasers selection of a Native American tribal leader and an American bison for the images on the Buffalo Nickel in 1913 was in keeping with his experiences growing up on the plains of the American West and Upper Midwest. A native of Winona, Minnesota, Fraser accompanied his father who worked as an engineer for railroad companies laying track across the American West.

The oz GSM Buffalo Silver Rounds in this collection have the same primary designs from the Buffalo Nickel coins issued by the United States Mint between 1913 and 1938. Instead of engravings of the issuing mint, a date mark, and face value, these rounds have Golden State Mint inscriptions. Liberty remains on the obverse, but the reverse features Golden State Mint at the top with 1/4 Troy ounce .999 Silver at the bottom.

The obverse of the oz GSM Buffalo Silver Round includes Frasers depiction of a Native American. Fraser is said to have used several individuals as inspiration for his design on the Buffalo Nickel. Most believe that Native Americans Iron Tail, Two Moons, and Big Tree were the figures who inspired Frasers right-profile portrait on these rounds.

On the reverse of the GSM Buffalo Silver Round, youll find the image of an American bison. Integral to the lifestyle and survival of Native Americans living on the plains, the bison featured here is in left-profile relief standing on a mound of dirt with its head looking down toward the ground.

Please feel free to reach out to JM Bullion if you have questions. You can reach us at 800-276-6508, chat with us live online, or simply send us an email with your inquiries.

James from OR - December 09, 2018
"The rounds are beautifully struck with good detail. The Indian/Buffalo is classic American art. As always JM makes it easy to buy and shipping is prompt. "