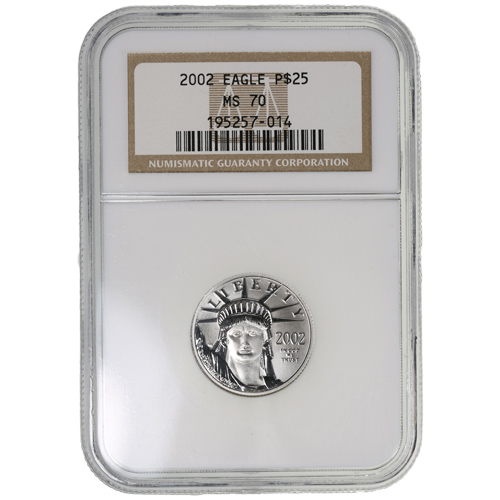 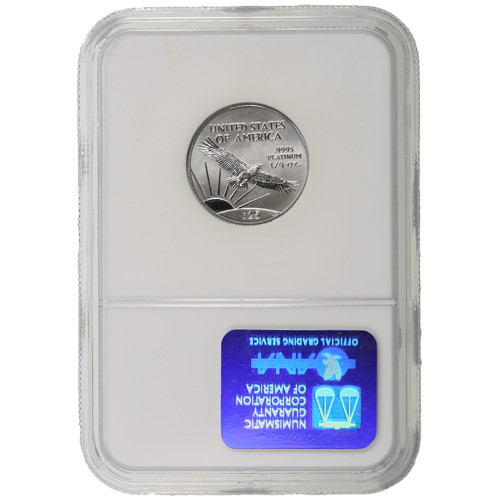 Fractional-weight American Platinum Eagle coins are no longer available in new production from the United States Mint. When the coins debuted in 1997, the bullion and proof versions of the coin were available in a total of four weights. The 1 oz coin was accompanied by the 1/10 oz, oz, and oz coin.

Each oz American Platinum Eagle coin listed here is in perfect condition according to the NGC. Coins with a Mint State 70 grade have full, original mint luster and lack all detracting flaws. The oz American Platinum Eagles available today are from the issue years of 1997 to 2008, but JM Bullion cannot guarantee any particular year of issue. Orders are fulfilled based upon availability at the time of processing.

We encourage JM Bullion shoppers to contact us with any questions. You can reach our team members on the phone at 800-276-6508, or connect with us online through our live web chat and email features.