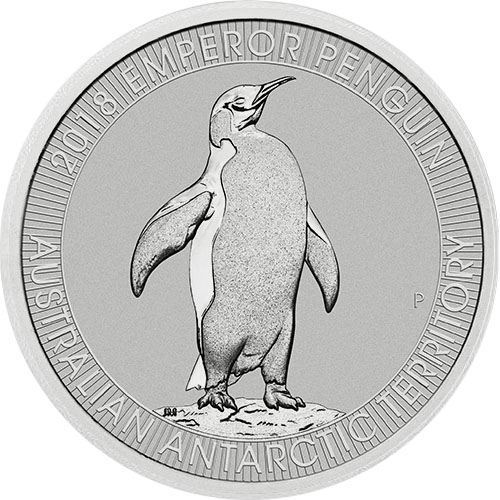 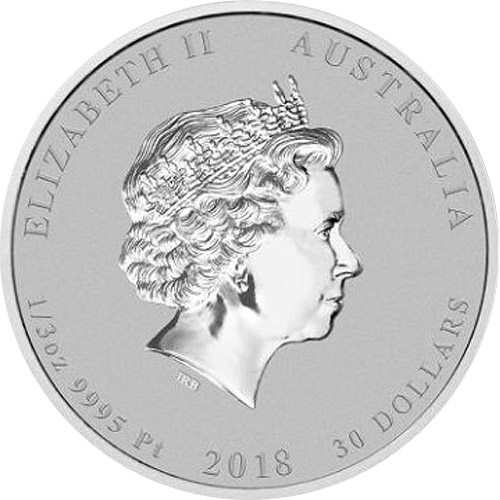 For the first time ever, the Perth Mint offers a platinum coin in the unique 1/3 oz weight. The all-new Emperor Penguin Coin from Perth Mint is struck for the Australian Antarctic Territory and features the fitting picture of one of the continents primary inhabitants. The 2018 1/3 oz Perth Emperor Penguin Platinum Coin is available to you online today for purchase from JM Bullion.

The Australian Antarctic Territory was originally claimed and established by the United Kingdom, and placed under the authority of the Commonwealth of Australia in 1933. Various nations claim territorial lands on the Antarctic continent, but Australias is the largest territory claimed by any one nation.

On the stunning new 2018 1/3 oz Perth Emperor Penguin Platinum Coin is the image of an emperor penguin. This particular species is the tallest and heaviest of the living penguin species in existence, and the creatures are endemic to Antarctica. Males and females of the species are similar in size to one another, with black feathers on their backs and white bellies with pale-yellow on the breast and ear areas.

The reverse of the Perth Emperor Penguin Platinum Coin features the image of the penguin species. In the design there is a singular penguin standing on a snowy outcrop in the design field. Engravings include the name of the coin series and the territory for which the Perth Mint has issued the coins.

On the obverse of 2018 1/3 oz Perth Emperor Penguin Platinum Coins is the effigy of Queen Elizabeth II. Her Majestys portrait featured here is in right-profile relief and includes engravings of her name, the nation of issue for the coin, the weight, purity, and metal content, as well as a year of issue and face value on the coin itself.

Perth Emperor Penguin Platinum Coins mark the first-ever issue of a platinum bullion coin in this weight, and youll receive your coins in acrylic tubes for protection and storage of your purchase.

The Perth Mint is located in the state of Western Australia. Once part of the Royal Mint system, today the Perth Mint stands as the oldest operating mint in the nation and is owned by the local state government. It operates independent of the sovereign Royal Australian Mint located in Canberra.

We encourage JM Bullion customers to contact us with questions. You can call us at 800-276-6508, chat with us live online, or send us an email with your inquiries.