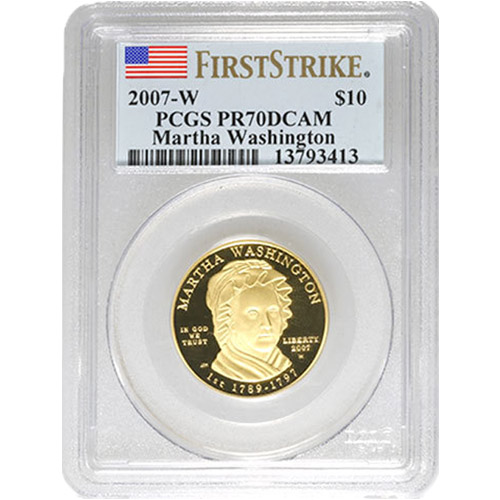 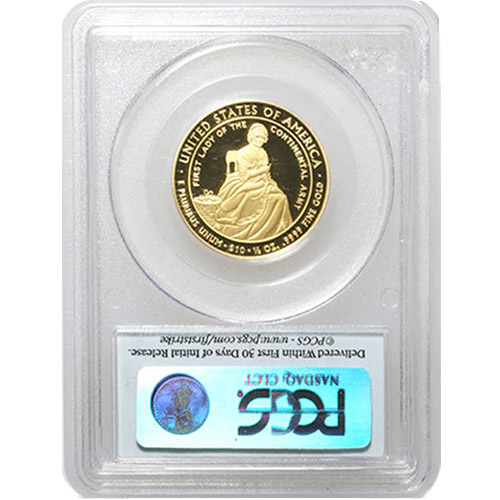 From 2007 to 2016, the US Mint issued 1/2 oz gold coins for sale in its First Spouse Series. The program was designed to shine a light on the women who have served in the role of First Spouse to a President of the United States of America dating back to the very founding of the country. For each release, the US Mint produced a Brilliant Uncirculated and proof option for buyers. Now, 1/2 oz US Mint First Spouse Gold Coins are available to you for purchase online in perfect condition from JM Bullion.

As a result of those regulations on who can appear in the series, the most recent additions to the collection were the 2016 coins for Pat Nixon, Betty Ford, and Nancy Reagan. The releases in this series follow the order in which First Spouse served alongside the President of the United States of America, with the first four issues in 2007 for the first four presidents: George Washington, John Adams, Thomas Jefferson, and James Madison. When a President was single in office, the design feature is that of Liberty o the obverse instead.

The obverse of these 1/2 oz US Mint First Spouse Gold Coins includes a depiction of either a First Spouse or Lady Liberty. For example, the first four releases featured three First Spouses in the designs of Martha Washington, Abigail Adams, and Dolley Madison. The Thomas Jefferson release featured the Flowing Hair Liberty design as Jefferson was not married.

On the reverse of 1/2 oz US Mint First Spouse Gold Coins, you will find designs that either focus on the causes of a specific First Spouse or the accomplishments of a President of the United States.

JM Bullion customer service is available to you at 800-276-6508. We are also available on the web through our live chat and email address features.