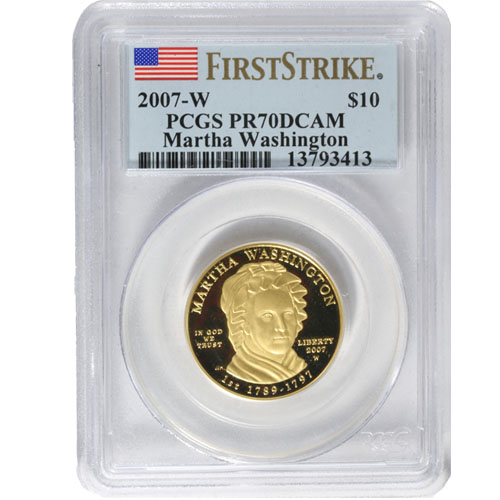 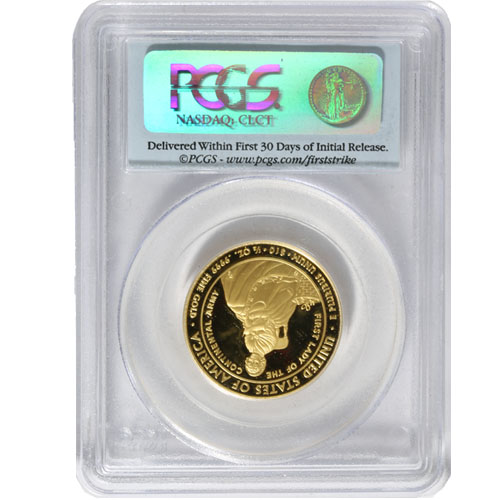 The First Spouse program from the United States Mint is one of the most robust series of proof gold coins for sale from the mint. Introduced in 2007, the series offers images of the women who have served alongside their husbands as First Spouse. For those presidents with no spouse during their time in office, the US Mint offers images of Liberty on the coin. Now, 1/2 oz Proof US Mint First Spouse Gold Coins are available to you for purchase online from JM Bullion in perfect condition.

The series starts with the spouses of the Founding Fathers who went on to serve as President of the United States. The 2007 debut releases included Martha Washington, Abigail Adams, and Dolley Madison. As Thomas Jefferson was not married, an image of Liberty as featured on American coins of his era is depicted in place of a First Spouse.

On the obverse of each 1/2 oz Proof US Mint First Spouse Gold Coin is an effigy of the women who served as First Spouse alongside their partners. The most recent First Spouses to feature in the program include Pat Nixon, Betty Ford, and Nancy Reagan. Four presidents had an image of Liberty from their time in office released as they were single men. These include Thomas Jefferson, Andrew Jackson, Martin Van Buren, and James Buchanan. Jefferson’s Liberty is inspired by the Draped Bust design from the 1800 Half-Cent coin.

The reverse of all 1/2 oz US Mint First Spouse Gold Coins includes a design inspired by the First Spouse’s time in office or the achievements of the US President represented. All these coins are proof specimens with frosted designs and mirrored backgrounds.

These 1/2 oz Proof US Mint First Spouse Gold Coins are yours to purchase in perfect condition. The PCGS or NGC assigned a PF70 grade to these coins because each has full, original mint luster and no flaws. These coins are chosen at random. We cannot guarantee a specific design or hand-pick varying designs if you buy more than one.

JM Bullion customer service is available to you at 800-276-6508. You can also connect with us online through our live chat and email address features.