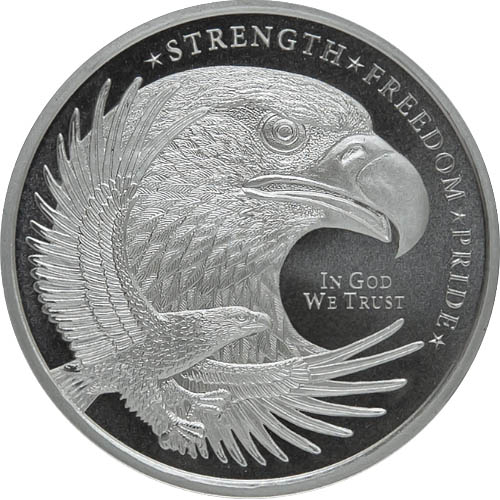 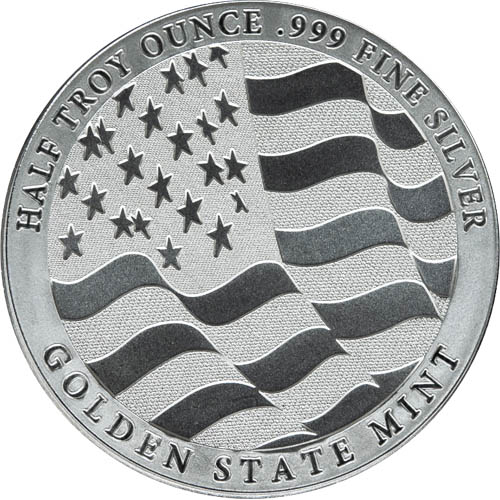 There are few symbols of American freedom and majesty greater than that of the bald eagle. The species of seal eagle that is native to North America can be found throughout the United States, Canada, and northern states in Mexico. Since 1792, it has been the national bird and official symbol of the United States of America. Now, 1/2 oz GSM Eagle Silver Rounds are available to you for purchase online from JM Bullion.

In 1792, the Founding Fathers of the United States of America chose the eagle to represent the nation not only as its national bird, but also as the official symbol of the country. Look around government buildings across this great country, and youll find the bald eagle on countless government emblems and seals for departments large and small.

Given that these are silver rounds, you can stay within the genre of metals and find the American bald eagle as a fixture of American coinage. From the first coins struck at the US Mint 1794, the American bald eagle has been there in the form of the heraldic eagle. That same design graces American denominations of circulation coinage, paper notes, and even precious metals bullion coins, along with countless other images of the eagle.

Obverse designs on these 1/2 oz GSM Eagle Silver Rounds capture the bald eagle in two different designs. The background field includes the head of a bald eagle with its prominent, hooked beak and its steely gaze. The lower field in the foreground includes a bald eagle that is sweeping into view with its wings spread as wide as possible.

Reverse elements of the GSM Eagle Silver Round include the beauty of the American flag. Known as Old Glory or the Stars and Stripes, the American flag connects the nations past with its present. The 13 stripes represent the colonies that broke with England to form the new nation. The 50 stars on the upper-left field represent how the country has grown with time to now include 50 states in all.

These 1/2 oz GSM Eagle Silver Rounds are available to you new from the Golden State Mint. The rounds are packaged individually, for purchases up to six rounds, inside individual plastic flips. Multiples are available in tubes of 20 or boxes of 720. The 720 1/2 oz silver rounds in the box equate to a total of 360 Troy oz of .999 pure silver.

JM Bullion customer service is available to you at 800-276-6508. You can also contact us online through our live chat and email address features.