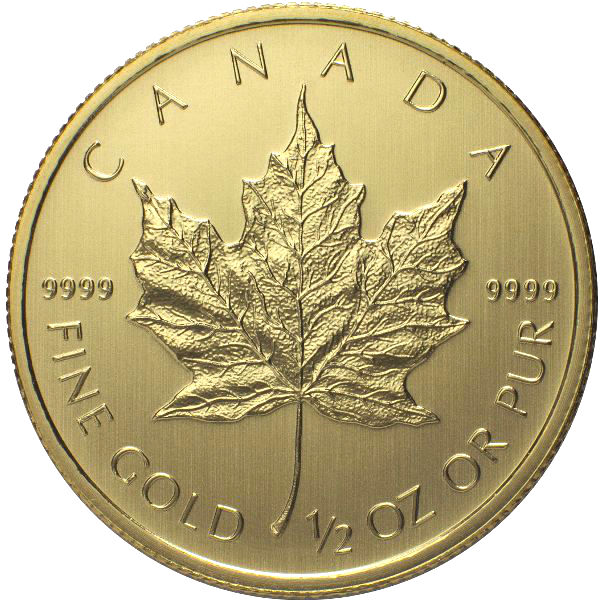 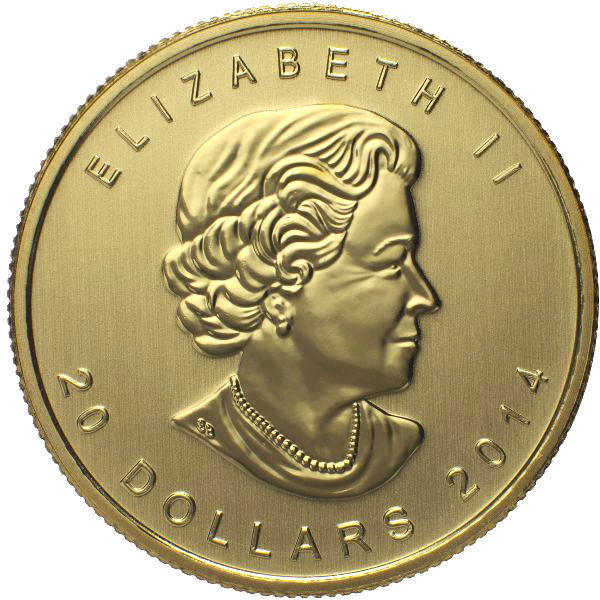 The first gold bullion coin to challenge the dominance of the South African Krugerrand was the Canadian Gold Maple Leaf. Originally introduced in 1979 in just a one-ounce variant, the 1/2 oz version of the coin was introduced during a second round of expansions for the popular coin program. Right now, the 1/2 oz Canadian Gold Maple Leaf Coin is available for purchase from JM Bullion.

Starting in November 1982, the Royal Canadian Mint expanded the popular gold bullion series with the addition of a 1/4 oz and 1/10 oz coin. The next expansion was the 1986 addition of the 1/2 oz coin. In addition to the 1/2 oz Canadian Gold Maple Leaf, future expansions included the introduction of 1/20 oz coin in 1993 and a 1 Gram coin in 2014.

Each of the 1/2 oz Canadian Gold Maple Leaf coins in this JM Bullion listing features various year-of-issue date marks. The specific year of issue you receive will depend upon availability at the time of your purchase. Date marks are available ranging from 1986 to 2016.

The reverse of the 1/2 oz Canadian Gold Maple Leaf coin features the image of the sugar maple leaf. This is the official emblem of the nation of Canada, appearing in the logos of countless government agencies and as the centerpiece of the national flag.

On the obverse of the Canadian Gold Maple Leaf coin you’ll find the right-profile portrait of Queen Elizabeth II. Depending on the year of issue, you’ll see Her Majesty captured at different points in her reign as Queen of England. Coins from 1986 to 1989 feature a 39-year-old Queen, while coins from 1990 to 2002 feature a 64-year-old Queen. All coins beyond that point feature Susanna Blunt’s right-profile portrait of a 79-year-old Queen Elizabeth II.

Please don’t hesitate to reach out to JM Bullion with questions. You can reach our customer service team at 800-276-6508, connect with us online using our live chat, or send us an email.