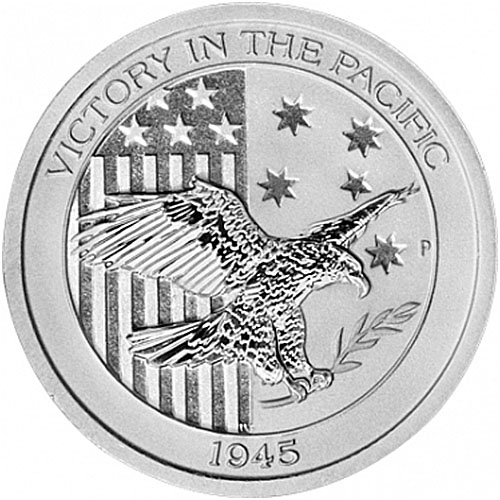 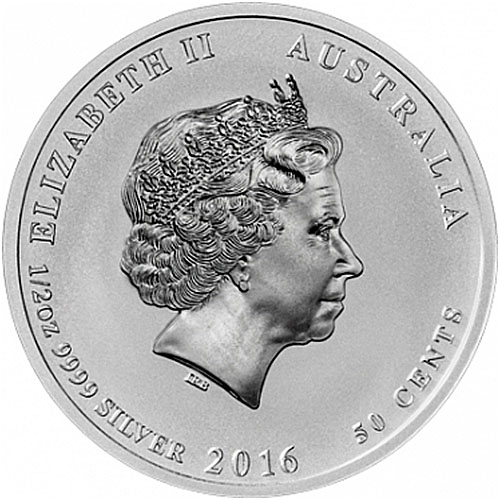 On September 2, 1945, representatives of the Empire of Japan set foot on the decks of the American battleship USS Missouri to sign the terms of surrender. After years of fighting and millions of lives lost, World War II officially came to a complete and final end, with European adversaries having capitulated in the spring of 1945.

That date is now known around the world by many names. In America, it is VJ Day, or Victory over Japan Day. For the people of Australia, it is Victory in the Pacific Day. Whatever you call it, the moment was the culmination of a joint effort between the United States and Australia to vanquish the Japanese imperial forces and restore peace to the region.

The oz Victory in the Pacific Silver Coin is one of many issued by the Perth Mint of Australia to commemorate the achievements of Australian military forces during World War II, and celebrate the brotherhood shared by Americans and Australians who valiantly side by side during the conflict.

On the obverse of the Victory in the Pacific Silver Coins is the effigy of Queen Elizabeth II. This portrait of Her Majesty is the fourth-generation design used on British and commonwealth coins, and was created in 1998 by Ian Rank-Broadley.

The reverse of the oz Victory in the Pacific Silver Coin features symbolism of American-Australian partnership during the war and the idea of peace that took over in its aftermath. The bald eagle flies through the center of the design clutching an olive branch of peace. To the left in the background is the American Stars and Stripes flag. To the right in the background are the five stars of the Southern Cross found on the Australian national flag.

Please feel free to reach out to JM Bullion with questions when buying silver. You can call our customer service team at 800-276-6508, chat with us live online, or email us directly.

Richard from IL - March 12, 2019
"This is a very nice and beautiful coin. I ordered 4, one for myself and the rest as gifts. All were in BU condition. Gotta love JMB."

David from CA - December 02, 2018
"I opened a container to reveal 25 fantastic Australian coins as advertised in every way, shape and form. The frosty field on the obverse makes the Queen\'s profile pop. The Eagle set against the American and Australian flags on the reverse hits me right in the heart. I am truly elated over this purchase. I highly recommend this purchase to others. Better get more in stock, JMB!"

James from AL - September 02, 2018
"The pictures don\'t show how pretty this coin is. The light plays off the eagle\'s wing feathers well and the matte finish makes the image on the obverse pop."