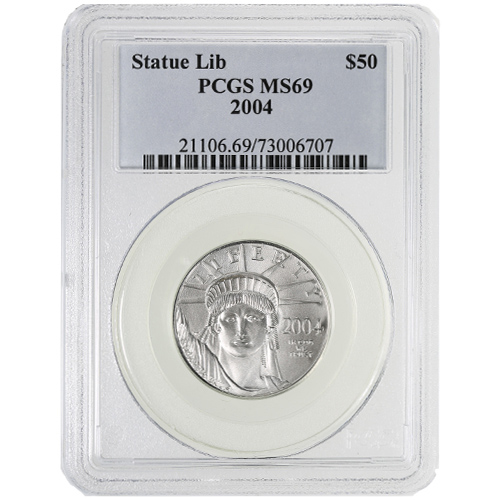 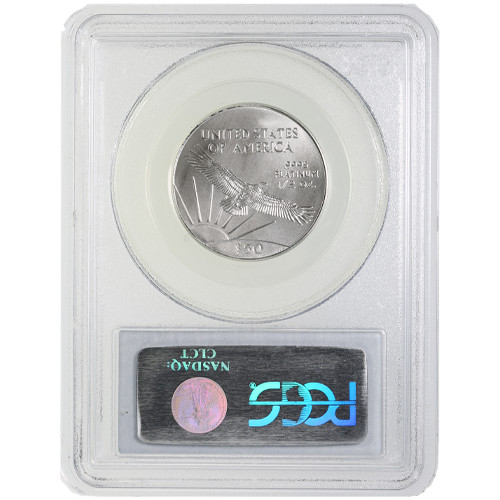 Each of the oz American Platinum Eagle Coins in this product listing is in near-perfect condition according to the PCGS. Coins with a Mint State 69 grade feature full, original mint luster with a maximum of two minor detracting flaws. These flaws are limited to minuscule hairlines or contact marks found outside the primary focal areas of the coin.

These oz American Platinum Eagle coins come from random years of production. JM Bullion cannot take requests for particular years as the coin you receive will be dependent upon availability at the time your order is processed for shipping. It will, however, be guaranteed to feature a year-of-issue mark between 1997 and 2008.

The reverse of the oz American Platinum Eagle Coin includes the image of a bald eagle soaring above the North American continent. The sun is visible rising into the sky behind the eagle, which has its wings outstretched. This was created in 1997 by Thomas D. Rogers, former sculptor and engraver at the US Mint.

If you have any questions, please dont hesitate to reach out to JM Bullion. Our customer service department is available at 800-276-6508, online through our live chat, and using our email address.