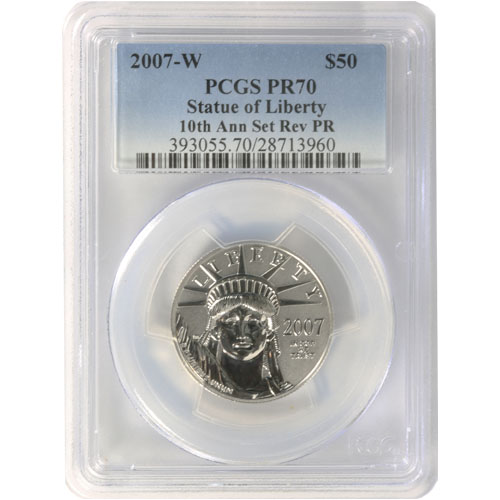 On the obverse of 1/2 oz Proof American Platinum Eagle Coins is the depiction of the Statue of Liberty. Her figure is featured here in a design from John Mercanti that focuses on her face as she gazes toward the future.

The reverse side of 1/2 oz Proof American Platinum Eagle coins bears a new design each year. Examples of designs include the 1997 image of the American bald eagle soaring over the nation or the 2006-2008 designs reflecting the branches of the federal government: legislative, judicial, and executive.

Random listings such as this come with the possibility of receiving a coin at random. We cannot guarantee the date mark or design you receive. If you purchase multiples, you might receive several coins with the same dates and designs.

JM Bullion customer service is available to you at 800-276-6508. You can also reach out to us online through our live chat and email address.