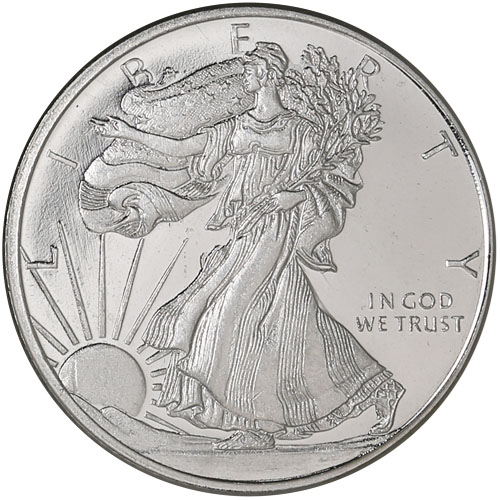 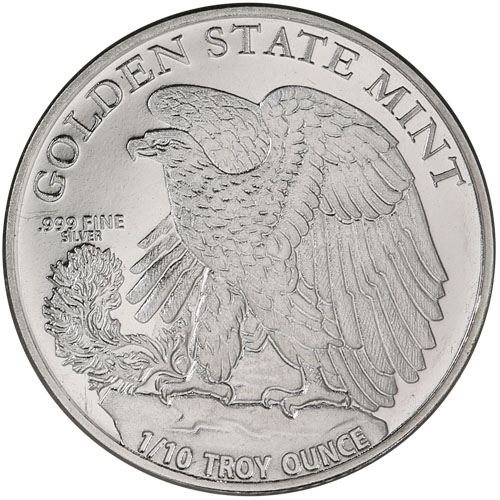 As low as $3.94 per round over spot!
Add to WishlistLog In to add this product to your Wishlist
Free Shipping on $199+ Orders

Arguably one of the most popular coin designs in American history is Walking Liberty. Designed in 1916, it featured first on the US half-dollar coin in circulation through 1947 and more recently on the obverse face of the nation’s official silver bullion coin. Right now, 1/10 oz GSM Walking Liberty Silver Rounds are available to purchase online from JM Bullion.

Walking Liberty was the creation of sculptor Adolph Alexander Weinman. Born in Durmersheim, Germany in 1870, he moved to the United States with his family at the age of 14. He began his trek toward a career in the arts at Cooper Union taking evening classes at the age of 15 and would later study at the Art Students League of New York alongside Augustus Saint-Gaudens.

On the obverse of the 1/10 oz GSM Walking Liberty Silver Round is the image of Liberty that Weinman created in 1916. His depiction of Liberty was indicative of the nation’s belief in a bright future for the people. Liberty is featured with the American flag draped over her shoulders as she strides toward the setting sun on the horizon. She carries the branches of laurel and oak which symbolize the nation’s civil and military glory.

The reverse side of the GSM Walking Liberty Silver Round features an image of the American bald eagle. This bird is depicted with its wings up and open, ready to take off from its mountain perch. The stance of the bird is said to reflect the nation’s fearless spirit and conscious recognition of its power.

Alesia from - October 28, 2020
"I received my tube of these little silver beauties today. They’re gorgeous. They look like the 1oz silver eagles. So glad I ordered when I did. My only regret is I didn’t order more. I came back to order more and they’re sold out...WOW. I’ll know better next time around."