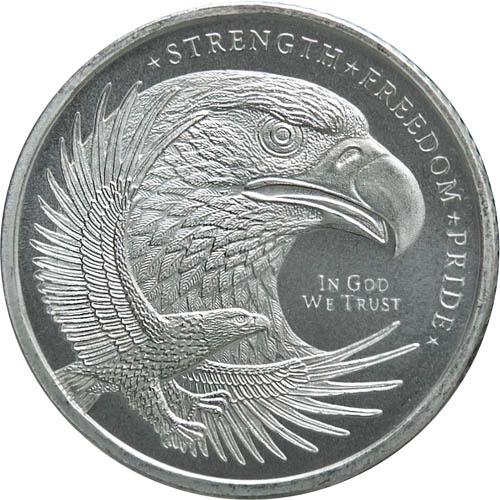 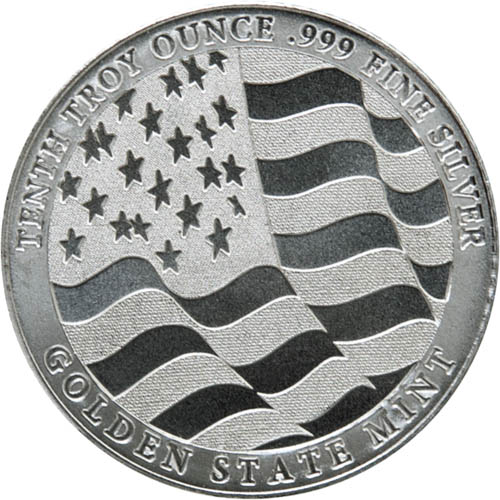 Buying silver rounds is one of the more affordable ways to invest in silver. Silver rounds typically have lower premiums than silver bullion coins and are available in a wide range of weights. Private mints issue silver rounds with a range of designs that capture everything from national symbols to pop-culture icons. Right now, 1/10 oz GSM Eagle Silver Rounds are available to purchase online from JM Bullion.

Each of the 1/10 oz GSM Eagle Silver Rounds available in this listing is brand new from the Golden State Mint. One of the newest design programs from GSM, these new silver rounds come individually with plastic flips for orders up to six. Tubes are available for multiples of 50 silver rounds and boxes hold a total of 4,050 silver rounds. Thats a total of 405 Troy oz of .999 pure silver within the box!

The bald eagle is one of the most important symbols in American culture and is the longest lasting. First conceived as a national symbol in 1792 by the Founding Fathers, the bald eagle remains a stalwart in American life and government. Patriots embrace the freedom, power, and majesty of the eagle as a symbol of the very concept of America itself. From a governmental standpoint, the eagle has graced government seals and coinage dating back to the formal founding of the nation in 1792 when it was adopted as the national symbol.

The obverse of 1/10 oz GSM Eagle Silver Rounds features two images of the American bald eagle. Its vigilance and pride are on display in the head of the eagle featured within the background field. Its keen eyes are keeping a sharp lookout for friend and foe alike. In the lower-left field, the eagle is shown swooping into view with its large wings outstretched. The national motto and other important inscriptions feature on this side, such as STRENGTH, FREEDOM, and PRIDE.

On the reverse side of 1/10 oz Eagle Silver Rounds is a depiction of the American flag. Shown as it would appear flapping gently in the breeze, the Stars and Stripes shows off its familiar features. Included in the field are the 13 lines, traditionally depicted in red and white. The field in the upper left shows off some of the 50 stars traditionally captured in a vision of the American flag.