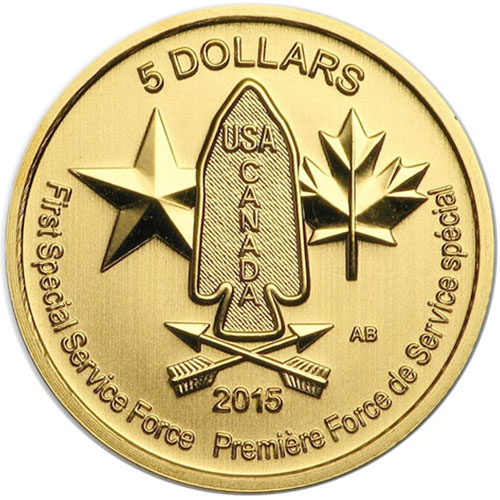 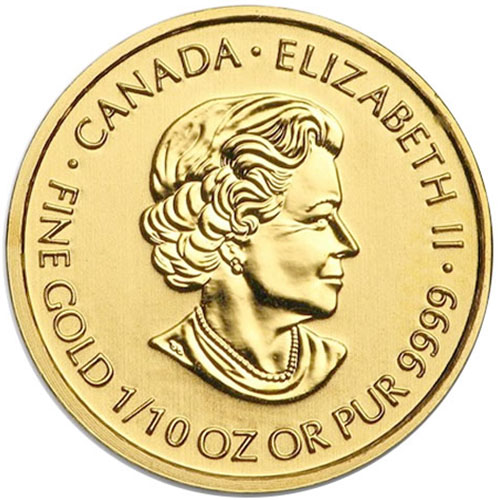 The United States fought through World War II at the side of many of the worlds other democracies. One of Americas closest allies in the world then, and today, is Canada. By geographic location and ideological stance, America and Canada are close friends. Right now, 1/10 oz First Special Service Force Gold Coins are available to purchase online from JM Bullion in BU condition.

Each of the 1/10 oz First Special Service Force Gold Coins in this product listing from JM Bullion is available to you in BU condition. These coins continue in production today from the Royal Canadian Mint, though smaller oz gold coins for sale in this collection have been discontinued.

Known as the Devils Brigade, the First Special Service Force was an elite group of American and Canadian commandos formed in 1942 after the American entrance into World War II. The members of the Devils Brigade trained at Fort William Henry Harrison outside of Helena, Montana and served under the command of the United States Fifth Army.

On the reverse of the 1/10 oz First Special Service Force Gold Coin is the emblem of the Devils Brigade. Originally, the design is a red spearhead with the names of the two nations emblazoned upon it. On this side of the coin youll find the spearhead in gold with USA vertically at the top and Canada horizontally down the center of the spearhead.

The other design elements on this side of the coin have varied by year in the 1/10 oz First Special Service Force Gold Coin. The spearhead is flanked by a US Army star on the left and the maple leaf of the Royal Canadian forces on the right.

For the obverse side of the First Special Service Force Gold Coin, the Royal Canadian Mint features the right-profile portrait of Queen Elizabeth II. Her Majestys effigy here is the fourth-generation design from Susanna Blunt.

These coins are a product of the Royal Canadian Mint. Founded in 1908, it is the official sovereign mint of Canada and operates facilities in the cities of Ottawa and Winnipeg.

If you have any questions, feel free to contact JM Bullion. You can call us at 800-276-6508, chat with us live online, or email us directly.